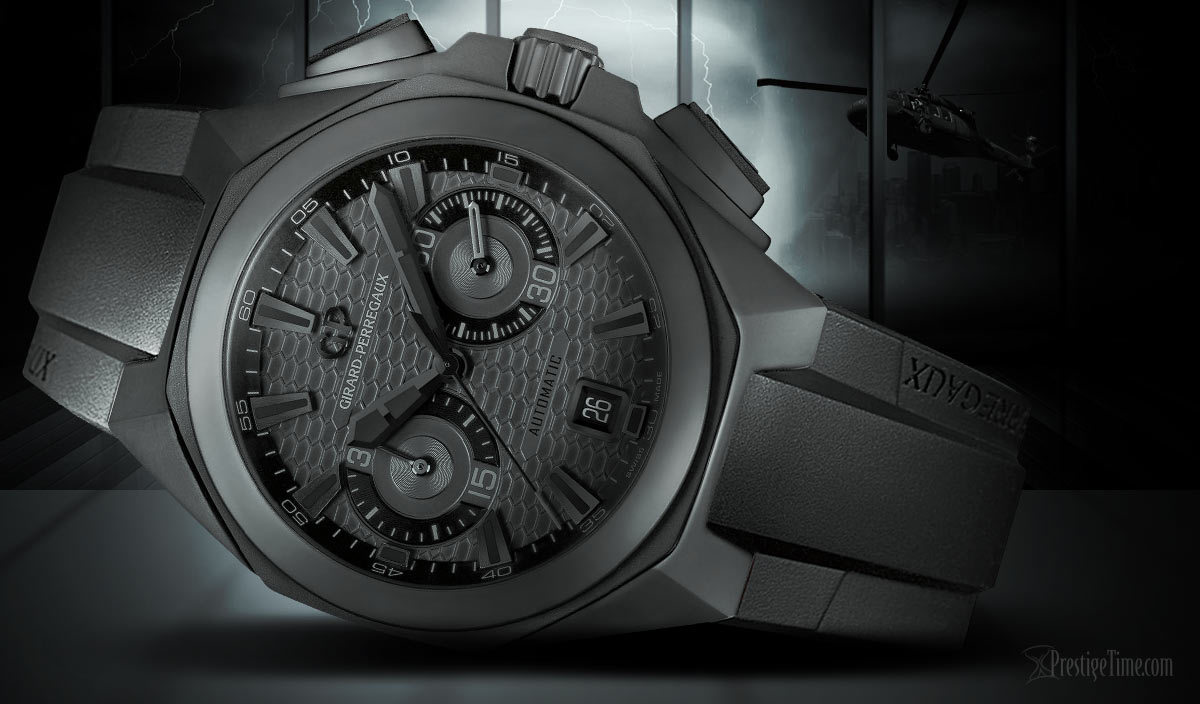 A better name could not have been chosen.

While the words shadow hawk normally conjures mental imagery of a black leather-clad superhero or oftentimes stealth helicopters used in top-secret black ops, the Girard-Perregaux Shadow Hawk Edition would be a perfect accessory for either of those visuals.

From the round 44mm x 15.42mm case to the tone-on-tone design, everything about this watch screams tough guy. The ceramic black matte bezel and case with the blackened steel appliqué hour markers and indexes create the perfect symphony of shadow and light. In doing so, they cause the black textured dial to be highly legible, especially for a black-on-black watch. Many watch connoisseurs are reminded of the AP Royal Oak offshore "waffle" dial when they see the dial of the GP Chrono Hawk, however, as opposed to having a cubically shaped pattern on the dial texture, there is an oblong honeycomb shape as also seen in the Sea Hawk series of diver's watches.

There is also a raised black flange located on the dial at the very rim with the minute track and second markers printed on it which adds depth and dimension to the look of the dial. A date window is located at the 6 o'clock position, chronograph sub-dials are located respectively at the 3 and 9 o'clock positions.

The Shadow Hawk Edition belongs to the Girard-Perregaux Chrono Hawk series which is known for its bold design with its unique hands and dial texture. While the design of this luxury watch makes a bold statement, it doesn't spill over into the category of bling. It's the crossroads where avant-garde design meets a rugged, tough-guy vibe. In terms of aesthetics, it's a perfect look for the lead guitarist in a heavy metal rock band. 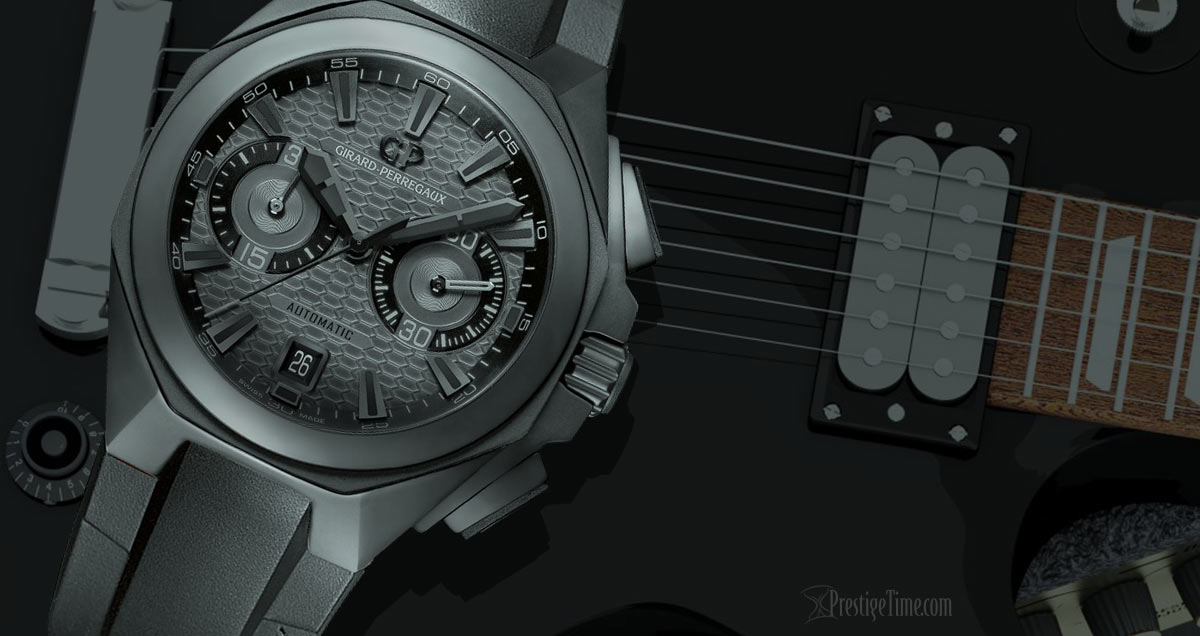 The chronograph offers a convenient stopwatch feature and it's not too farfetched to imagine a team of black ops operatives syncing the chronographs on this Girard-Perregaux watch just minutes before completing a successful mission. The Shadow Edition of the Chrono Hawk has a uniquely shaped black matte rubber strap with a push-button folding clasp. The Swiss watchmaker's name "Girard-Perregaux" is engraved down the length of the band on the outer edge of the black rubber strap.

Looking inside the 49970-32-635-FK6A Chrono Hawk, the model number of this bad-boy watch, one can see that it is powered by a whopping 61 jewel Girard-Perregaux Caliber GP03300-0073 mechanical movement which beats at 28.8k VpH and has a power reserve of about 46 hours.