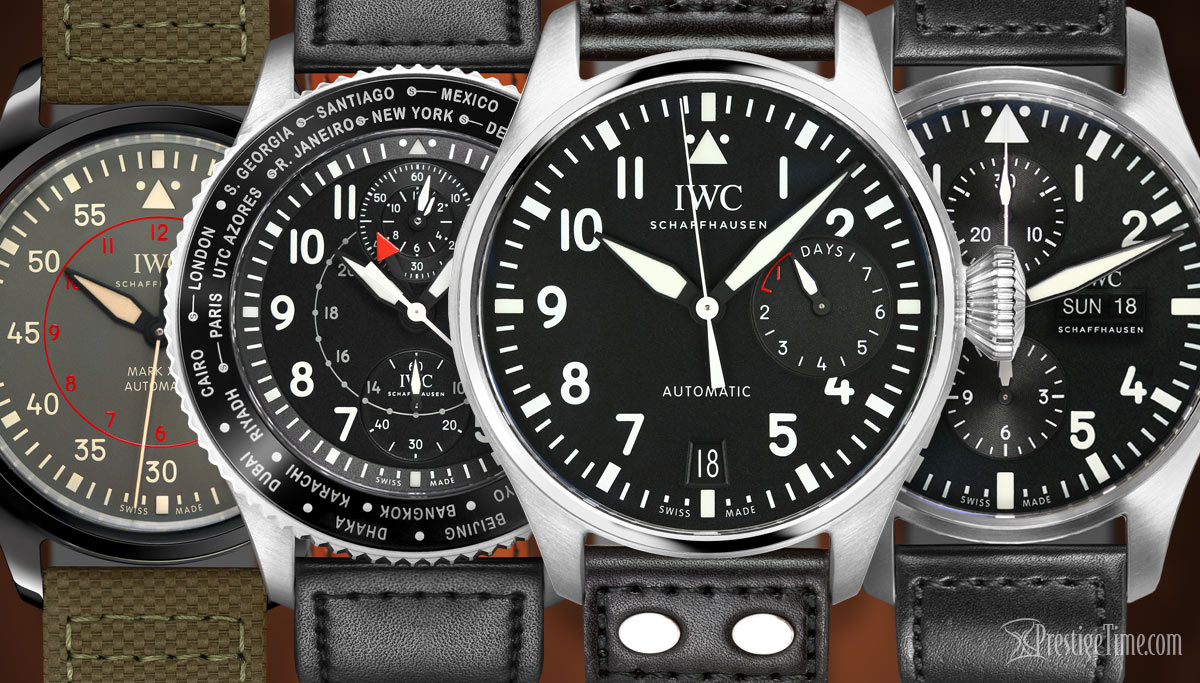 IWC is known for their various Pilot's watches but which one should you get.

Which IWC Pilot's Watch is The Best?

IWC is known for their various Pilot's watches which is what IWC would consider being a watch "family" consisting of several series. Within this collection, you will find watches which are made for pilots, aviation enthusiasts, and such. Some of the most popular ones can be found below but before we check them out, let's break down this collection into the various series and explain the differences. 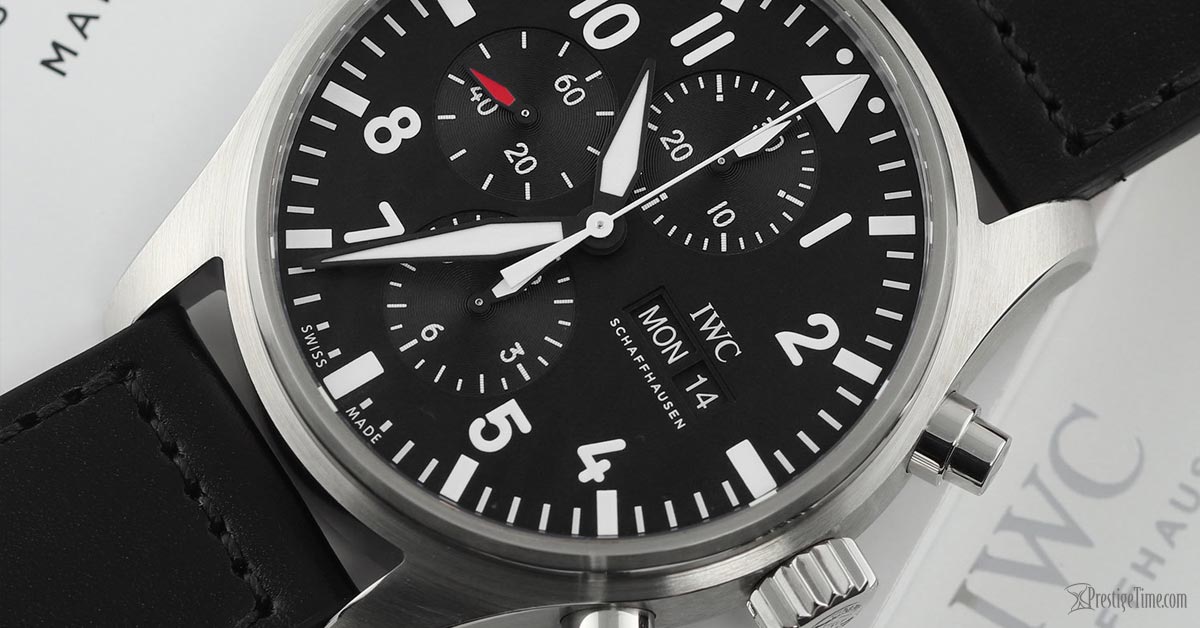 The Pilot's watch with an evolution, the addition of a stopwatch function making the reference 3777 a more practical option for many pilots looking to time flights, maneuvers and so on. This IWC Pilot's watch features a day/date aperture at the 3 o'clock position with sub-dials at the 6, 9, & 12 o'clock positions. The IWC Pilot's Watch Chronograph has hacking seconds, a feature that allows you to easily synchronize your watch with another.

Several references are available for this series which include options on a leather strap or a steel bracelet. Certain features on the dial of an IWC Pilot watch never change. For example, the triangularly shaped hour marker at the noon position and the thick index hour markers with highly legible roman numerals.

This watch has a 43mm case which is 15.2mm thick and water-resistant up to 60m. Calfskin leather strap by Santoni leather. As with all IWC Pilots watches, the sapphire glass is positioned in a way to protect it from getting displaced by sudden drops in air pressure. The crystal is slightly domed and has an anti-reflective coating on both sides.

The IWC Pilot's Watch Chronograph is powered by the 25 jewel IWC 79320 mechanical movement which beats at 28,800 VpH and has a 44-hour power reserve. The movement is also protected against magnetic fields by a soft-iron inner case. Possibly the most famous of these is the IWC limited edition Le Petit Prince which was a tribute to the French author, aviator, and poet Antoine de Saint-Exupéry.

The Big Pilot's watch can easily be identified by its distinctly larger diamond-shaped fluted crown. For the most part, you see certain striking similarities to all the other Pilot's watches such as the bold Arabic numerals and thick hour markers and of course, the triangle-shaped 12 o'clock hour marker and sword-shaped hands. One thing you will notice is the JU-52 aircraft engraved on the back of the solid case back.

This watch uses an anti-reflective coating on both sides of the crystal and is powered by the IWC caliber 52110; a self-winding movement that uses Pellaton automatic winding, a Breguet spring and has a power reserve of 7 days on a full wind. This watch displays the power reserve on the right side of the dial and has a date window at 6 o'clock.

While this watch has a sporty look with its Santoni steel riveted calfskin leather watch band. 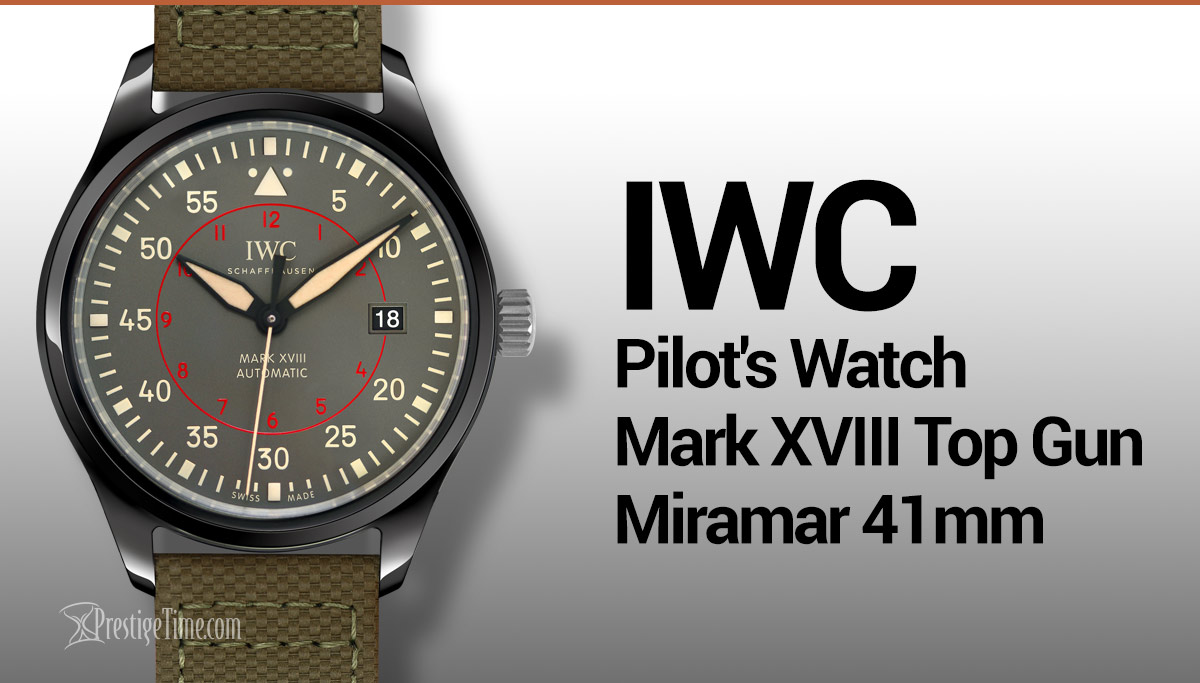 A clear derivative of the classic 1940's model of the IWC Mark XI traditional military watches, the Pilot's Watch Mark XVIII Top Gun Miramar was destined to have the features and functions that are critical for aviators. Maximum visibility was an objective when they designed this watch. This can be clearly seen by the bold use of luminescent material on the dial as well as in the thick sword-shaped hands.

This watch has a ceramic case that is lined with a soft iron layer to protect the movement from magnetic interference. The case provides 6 bar of water resistance (approximately 60 meters). The case is 41mm in diameter with a total thickness of 11mm which is pretty shallow considering most IWC Pilot's watches have cases that are a few mm thicker.

This is a very masculine looking watch and typically not the kind of pilot watch that can double up as a dress watch. It is clearly made for the field would go better with military fatigues than it would a tuxedo. You can tell this by the material used as well as the placement of the numerals with the minutes on the outer edge and the numerals for the hours on a separate smaller inner ring of the anthracite dial.

This watch is powered by the 21 jewel caliber 30110 self-winding movement which beats at 28,800 VpH or 4Hz and has a 42-hour power reserve with Cote-de-Geneve and Perlage finishing. The flip side of the case shows an engraved TOP GUN insignia with the words "United States Navy Fighter Weapon School". 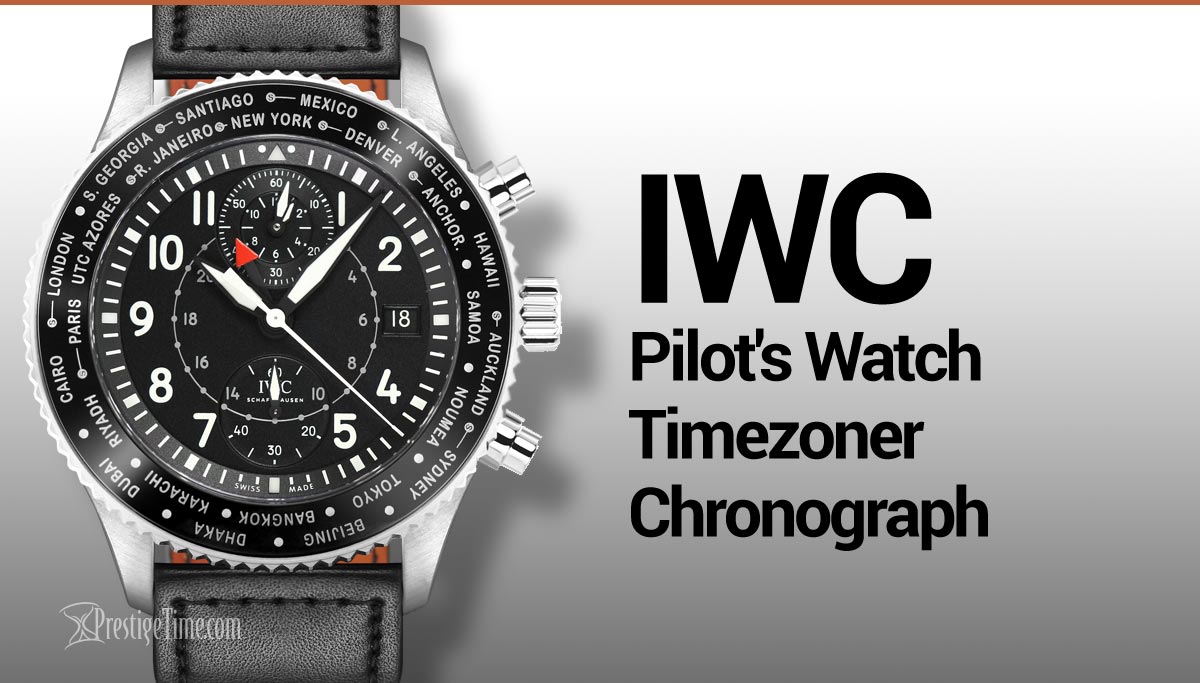 With the addition of the Worldtimer function, this is possibly the busiest looking of all IWC Pilot's watches. The thicker, rotating bezel is used to adjust the world timer function and commands a greater presence with the names of major international cities inscribed around the bezel.

The Timezone Chronograph reference number 3950 is the quintessential watch for those who don't even remember the last time they felt jet-lagged. For people who travel often enough that they brush their teeth in an airport more often than at home.

The chronograph movement found inside the highly polished case of this watch is the IWC in-house 89760 caliber which has a 68-hour power reserve on a full wind. This chronograph has a flyback function allowing you to quickly reset the chronograph with the push of a button without having to first stop, reset and then restart the chronograph.

Being able to answer these questions before making a choice will give you a better sense of direction in choosing a watch that is not only a perfect match to your objectives but also serves a more practical purpose.