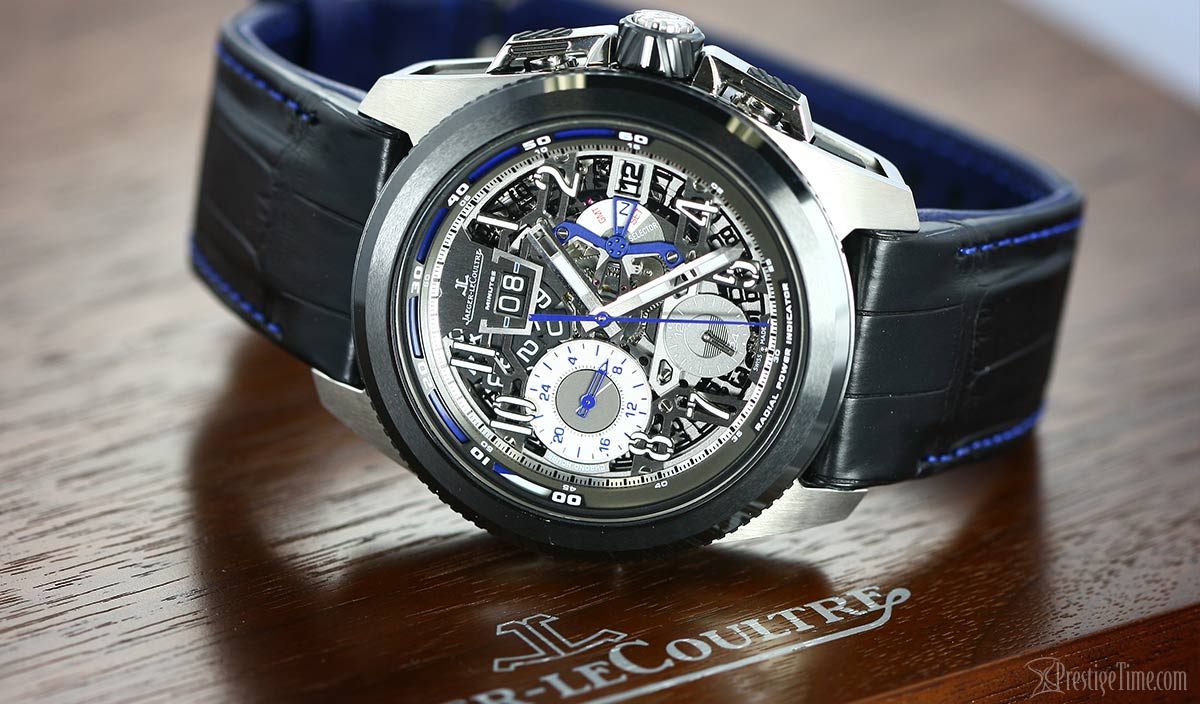 An inside glimpse at a mechanical maven's marvelous mind.

Understanding the complexity of a master watchmaker is impossible but just as listening closely to the lyrics of a great song can allow someone to appreciate the genius behind the artist's work, the Jaeger-LeCoultre Master Compressor Extreme Lab 2 is a subtle invitation by JLC for a teasing glimpse at the master watchmaker's genius.

It's no secret that Jaeger-LeCoultre is one of the master watchmakers who continue to create their own movements. Historically, Jaeger-LeCoultre supplied movements to Patek Philippe, Vacheron Constantin, Audemars Piguet, and Cartier. The above are all legendary names in the business so let's see what it is about JLC that had them turn to this manufacture from Le Sentier, Switzerland for their calibers.

The Jaeger-LeCoultre Caliber 780 mechanical movement, like every JLC caliber, it undergoes 100 hours of testing before being released. This engine is the beating heart of this fine luxury skeleton watch. This 70-jewel automatic movement has a 60-hour power reserve and is comprised of 569 components. Beating at 28,800 vph and using Ruthenium finished bridges, the JLC caliber 780 employs silicone components in a free-sprung escapement and a rotor with ceramic ball bearings which means that for the lifetime of this watch, it won't require any lubricants.

Some unique features that we don't always see are:

The outside of the Jaeger-LeCoultre Master Compressor chronograph is equally as impressive. Using an exclusive scratch-resistant alloy called TiVan15 (a combination of titanium and vanadium), the case is designed with a case that is composed of 143 parts. For a watchmaker, creating a watch like this is all ego. It's about showing off your chops and letting people know who's boss. It takes the highest level of craftsmanship and know-how to create such a complicated luxury watch and make it look nothing short of spectacular. It's no wonder that only 300 of these limited edition bad boys were ever made.