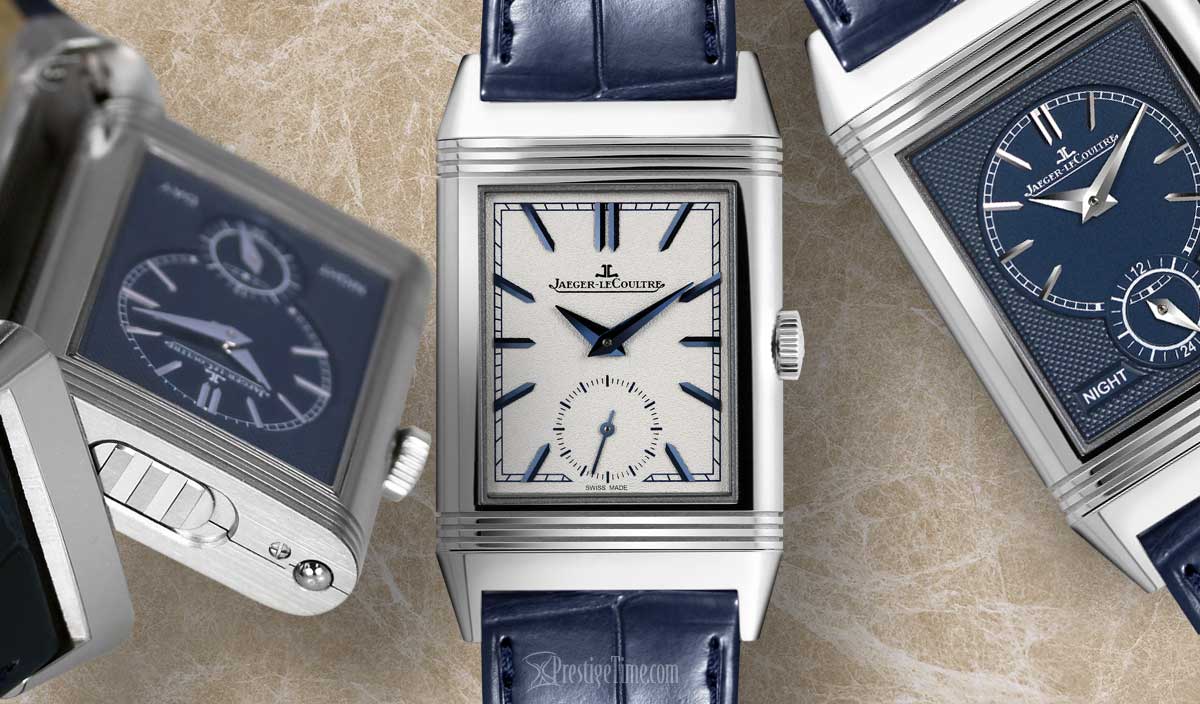 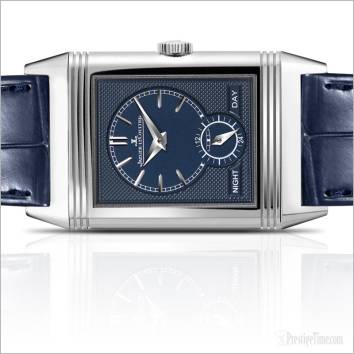 85 years since unveiling the original JLC Reverso and this icon is still full of surprises.

ON THE FLIPSIDE: JLC Reverso Tribute Duoface - A Full Review

It was Monday the 18th of January 2016, all the world's best watchmakers were under one roof preparing to show the world their latest and most innovative timepieces. The Salon International de la Haute Horologie, known by the world's foremost watch specialists as SIHH was about to begin and the level of tension was rising.

Each Swiss luxury watch manufacturer was about to present their brightest novelties and horological masterpieces and while each of them were doing the mental preparation work before presenting their new watches, one of the most important names in luxury watches had a secret weapon, a new men's watch from the JLC Reverso family.

It's been 85 years since Jaeger LeCoultre presented their JLC Reverso collection. To mark yet another significant milestone, Jaeger-LeCoultre has taken their already iconic Reverso collection, one that has been a huge success for nearly a century. One major innovation to this watch was worth the eighty-five-year wait. A series with two dials. 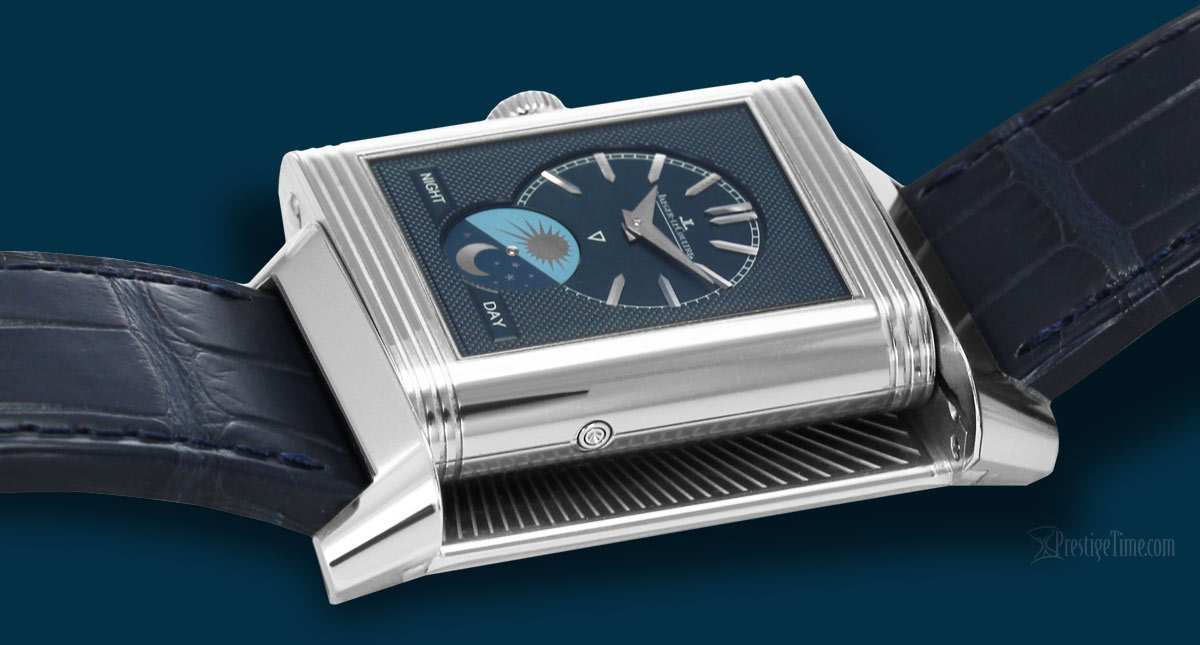 This is the type of men's watch that will make you look twice with its beautifully designed high contrast silver fine-grain textured dial, blue dauphine hands, and hour markers. You'll probably look twice to take it all in since the reverse side has a second watch with its additional time zone and 24 hour day-night subdial at the 6 o'clock position.

The flip side of the watch has a rich blue textured clous de Paris guilloche dial with polished white gold hands and matching markers for the hours. Unlike previous Reverso watches, you can adjust the GMT time subdial on the opposite side of the watch with a new and innovative lever at the top of the watch case. When pushed, the lever adjust the time on the dual time zone subdial by single hour increments. The lever is neatly tucked away into the case back and is only exposed when you release the watch from the case back to turn the watch over on its other side.

This breathtaking manual wind JLC watch has a heart that beats at 21,600 VpH with a Jaeger LeCoultre Caliber 854a/2 movement comprised of 160 components which include 19 jewels and the power reserve keeps this watch running for approximately 42 hours and just like all Jaeger watches, each of these watches go through a thorough master control test for forty-one days / 1000 hours.

Recently a limited edition of this collection was introduced which uses a two-toned cordovan leather strap from Casa Fagliano the famous Argentinian bootmaker. Why did they pick Casa Fagliano for such a partnership? Probably has to do with their mutual love for polo. A sport for which the very idea of the Jaeger Lecoultre Reverso was originally conceived. The JLC Tribute Duoface Casa Fagliano editions are boutique pieces and the chances of ever getting a Jaeger Lecoultre Reverso Duoface with a Casa Fagliano handmade cordovan strap is about as likely as getting struck by lightning twice in the same day.

This Tribute collection features this stainless steel watch shown here which is model # 3908420 as well as another steel model # 3958420 Tribute Moon. The Jaeger-Lecoultre Reverso Tribute Moon has a Moonphase aperture and GMT Time Zone.

Other Jaeger-Lecoultre Reverso Tribute models include the reference number 3902420 which is a precious metal version of the 3908420 shown in this post. It is available on a black alligator strap with an 18kt pink gold case and a silver dial featuring rose gold hands and markers. 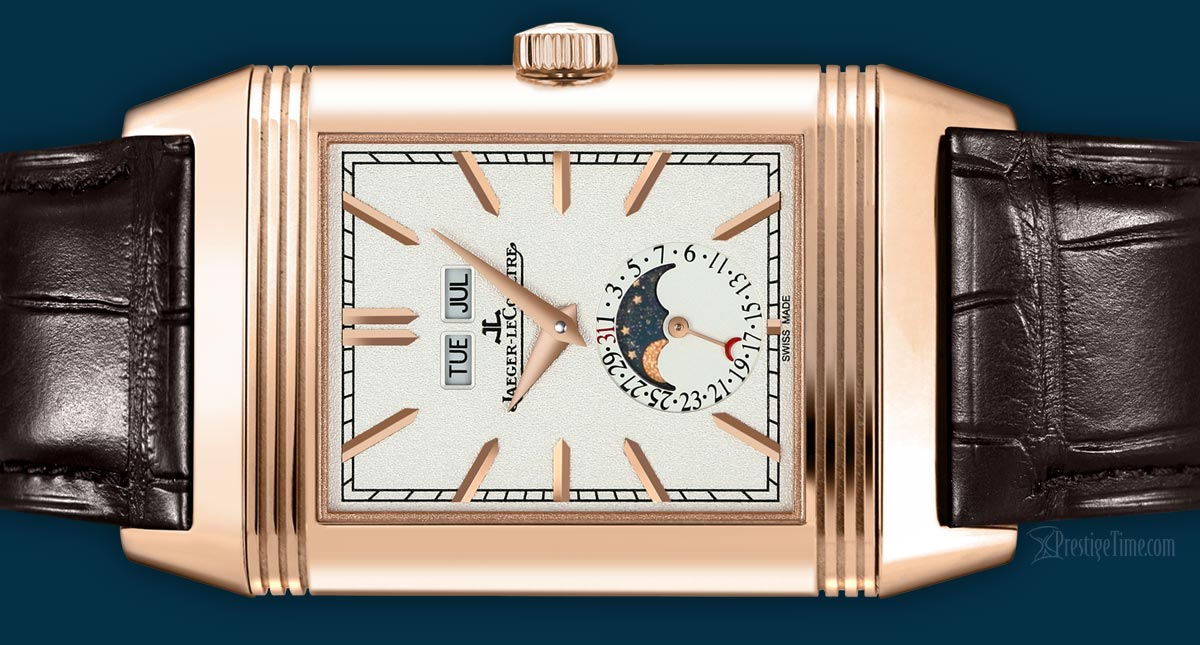 A slightly more expensive model # 3912420 features a calendar which shows the Day/Date and also features a Moonphase aperture on one side and a Day Night window on the other side.  All-in-all this is quite a stunning addition to the Jaeger-Lecoultre Reverso family of watches. 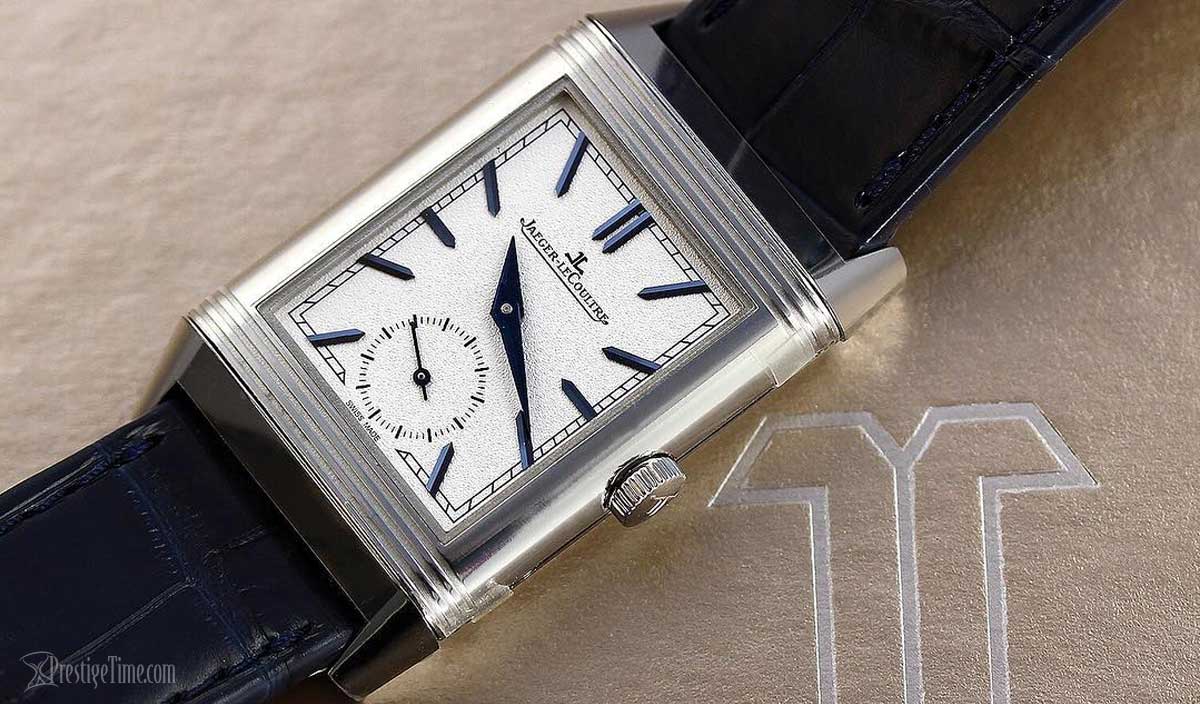