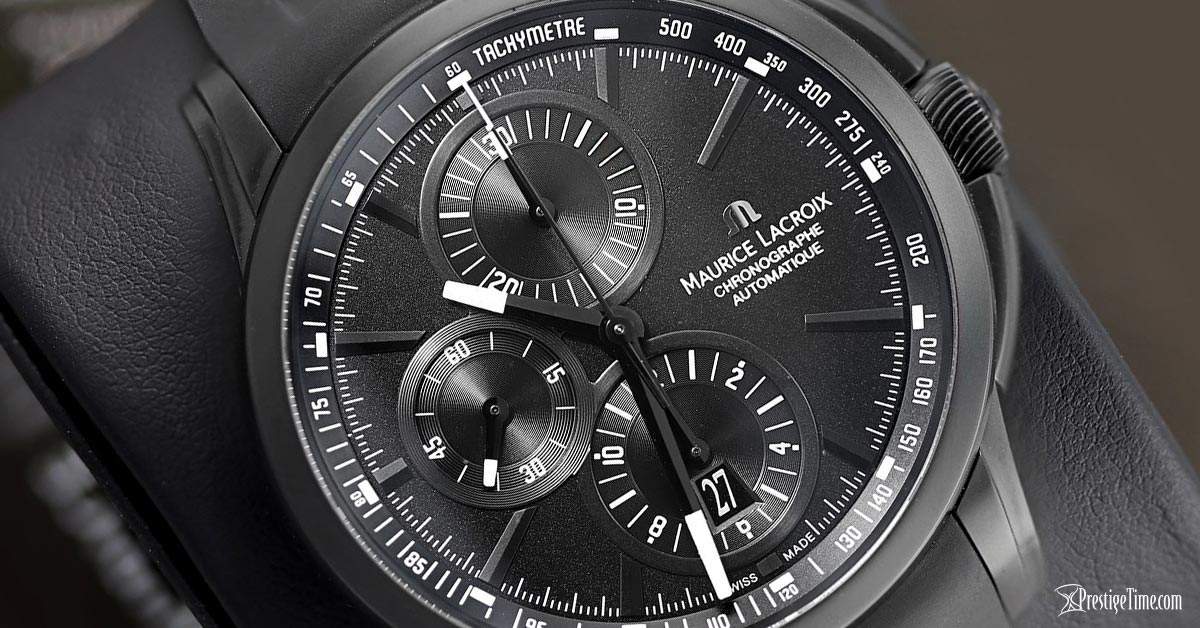 Somehow, I never seem to review a Maurice Lacroix often enough. The market is flooded with so many great watches and it becomes more and more challenging to give each one of them the attention they deserve, but today, that’s about to change! We’ll be discussing a watch that not only has good looks but who’s case carries within something worth discussing at great length.

There is something aesthetically magnetic about this watch that is kind of hard to pinpoint. From the monochromatic design to the tasteful use of textures and concentric radial lines on the sub-dials, this watch has a look that is modern and forward-thinking. It doesn’t look in any watch futuristic but has many traditional design elements which were fused with elements that are more up-to-the-minute. 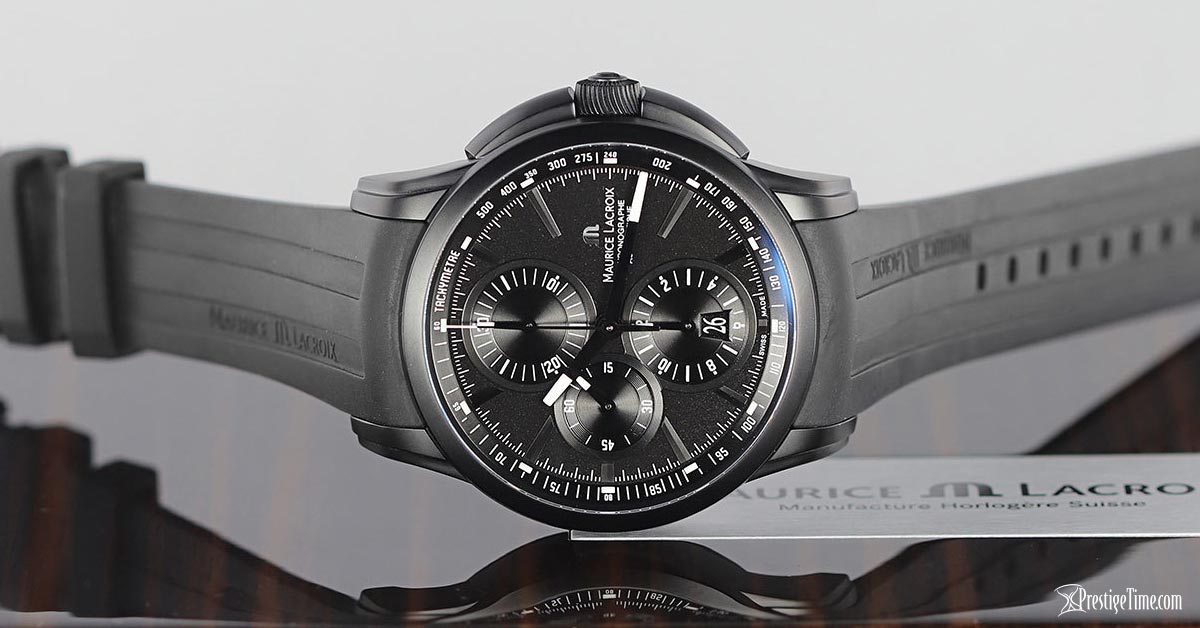 Some good examples of this would be the matte black PVD case and lugs, the wavy turbine-textured crown grip and smooth lines, and the fonts used in the typography and Roman numerals around the tachymeter.

The dial features central minutes and hour hands which are black with white tips. The small running seconds can be seen at the 9 o’clock position on its own sub-register. The chronograph functions with a thin central second hand which also has a white tip. There is a sub-dial with the 30-minute counter at the 12 o’clock position and a 12-hour counter at the 6. You'll also find a date window at the 6 o'clock, positioned inside the 12-hour sub-register. 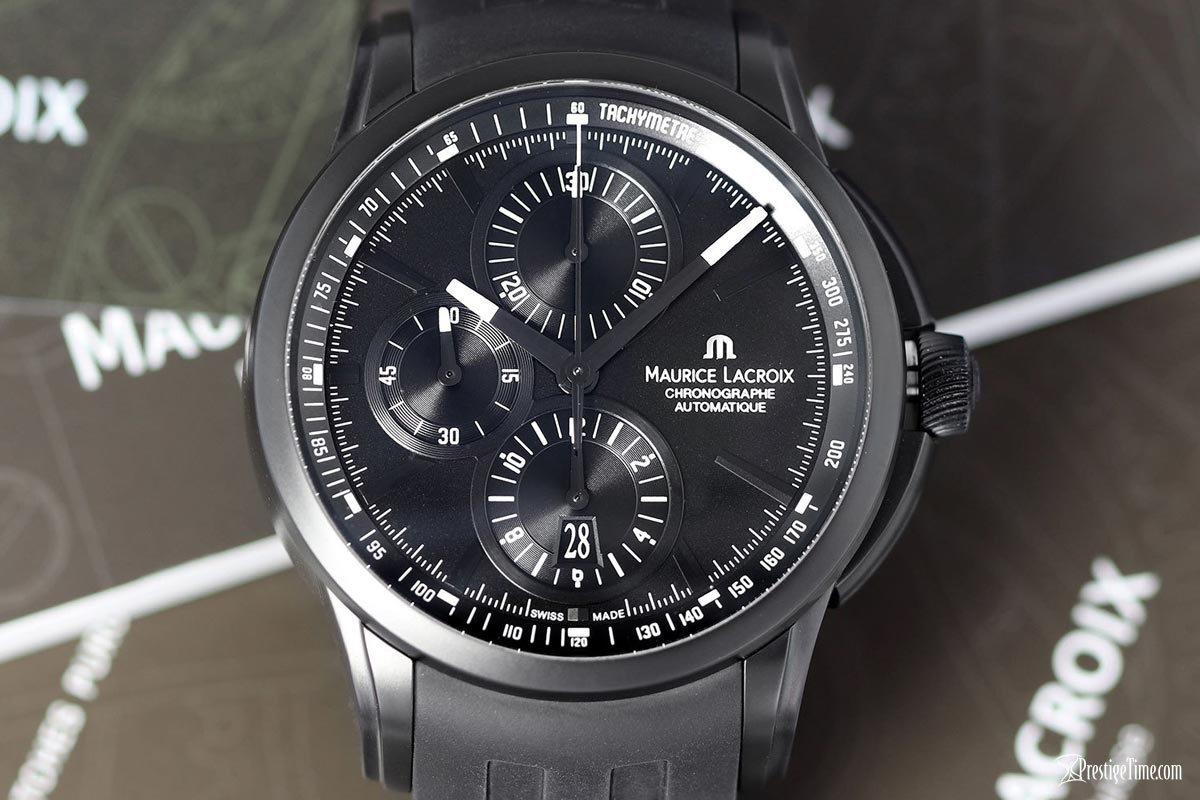 On the reverse side of the case is a transparent sapphire case back which a few markings in white which include the series name PONTOS in the upper left quadrant of the case back printed in white using a thin, sans serif font. 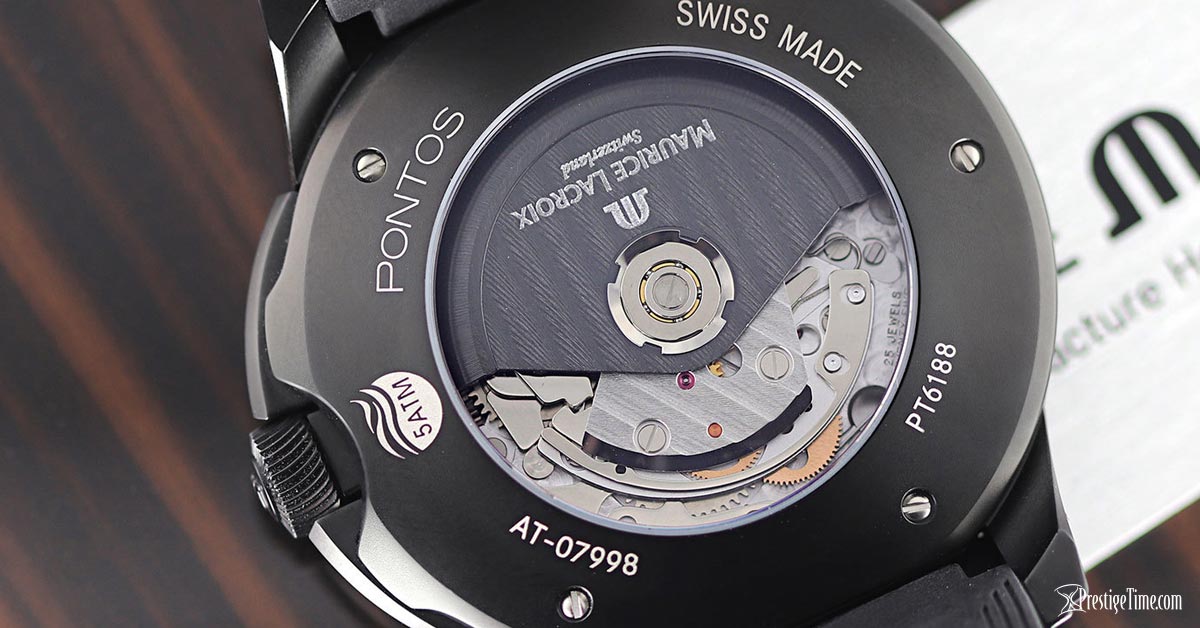 The watch depicted in this post is model # pt6188-ss001-331 and it is fastened to the wrist via a soft and comfortable rubber strap with a black PVD pin buckle which is branded in white with the Maurice Lacroix logo.

For special pricing, browse the collection using the button below.