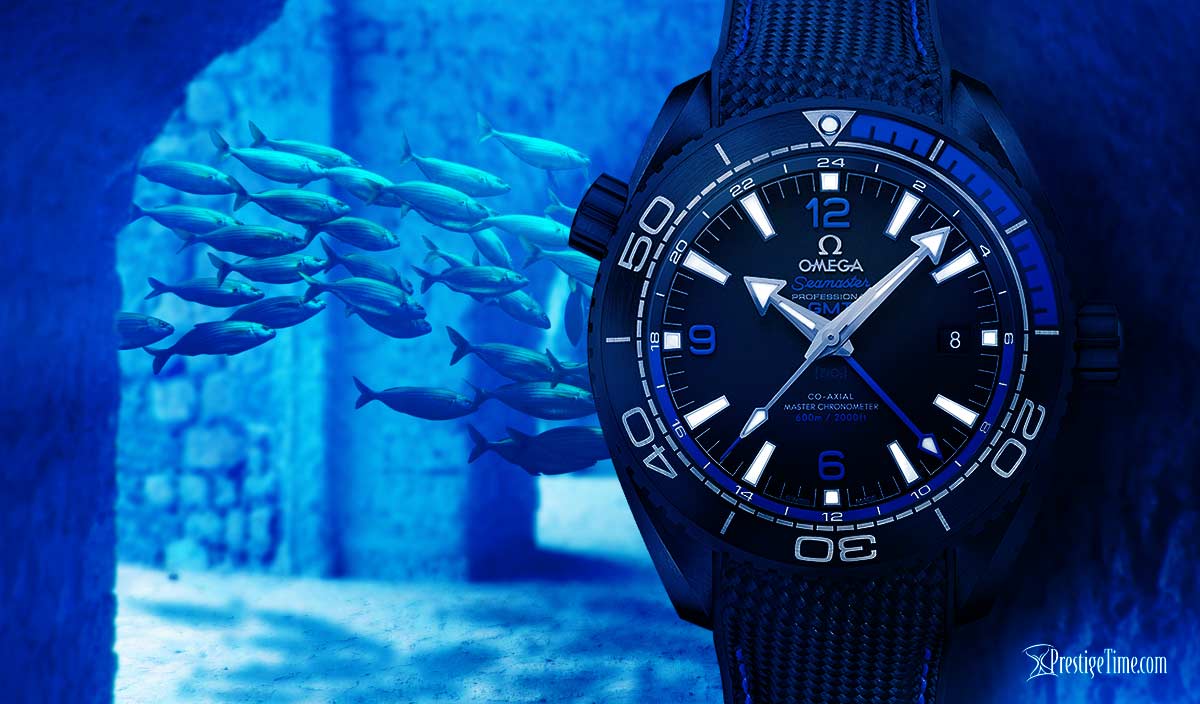 Dive deep into a review of the Omega Planet Ocean 600m Co-Axial Master Chronometer GMT. Get your flippers on because we're about to get wet!

Omega has been adding more of the deep black editions ever since the advent and success of the Speedmaster Dark Side of The Moon series. The appeal of this more modern design coupled with feature-rich watches allows Omega to push their way to the forefront of the market and offer watches that are both highly advanced in terms of their mechanics but also up-to-the-minute and current in terms of their design.

The Seamaster Planet Ocean 600m Co-Axial Master Chronometer GMT was released after Basel 2016 and is a great example when Omega creates a watch that can serve multiple purposes all the while looking great.

There is no shortage of available diving watches and definitely, no shortage of GMT watches out there ...even ones made by Omega. However, Omega decided to make something that would look and work great on your wrist when dry or soaking wet and offer a little more for your money to people considering the purchase of watches with similar features from their competitors. 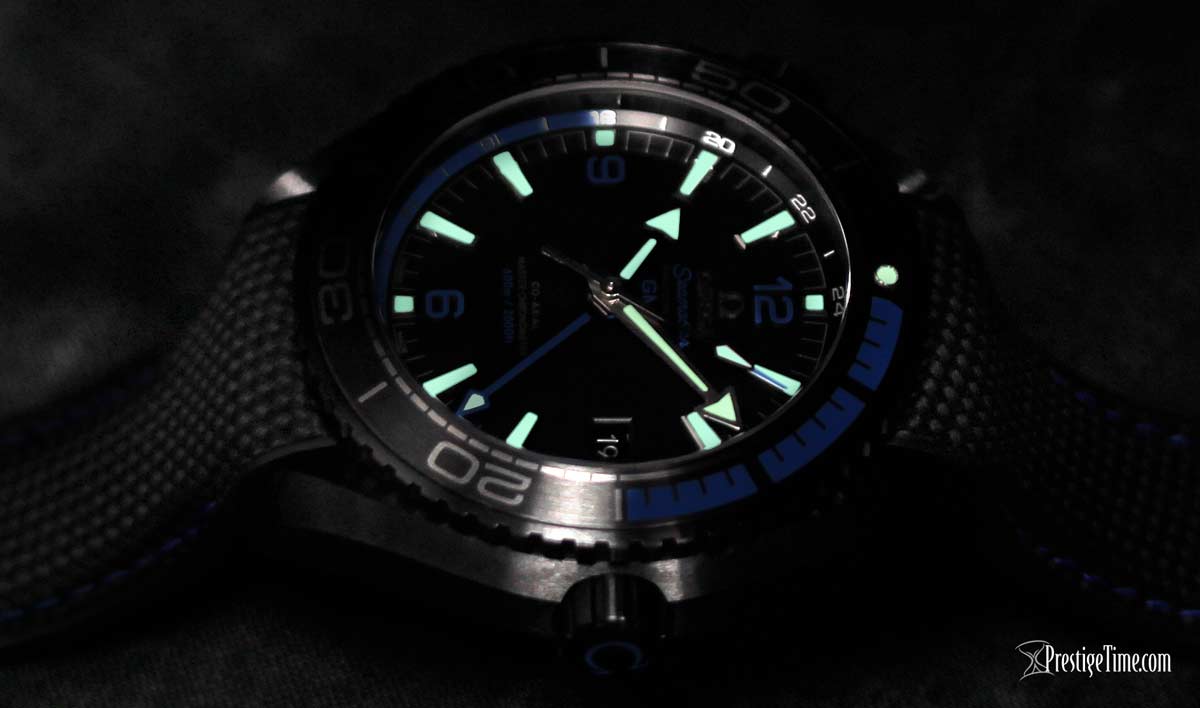 Master Chronometer is a designation that has been making its way into many Omega watches over the last few years. The term means that Omega has made several steps in order to maximize the accuracy and reliability of the caliber. A COSC certification implies that the watch has a mechanical accuracy of -4/+6 seconds per day.

Once the movement receives a COSC certification, it then goes on to another lab, this time at the Swiss Federal Institute of Metrology (known as METAS) and after further testing in the areas of water resistance, magnetic resistance, and exceptional performance and reliability, it receives the "MASTER CHRONOMETER" designation. A caliber that is a Master Chronometer has to achieve a minimum accuracy score of -0/+5 seconds per day.  For a more detailed report on METAS testing for the Master Chronometer, please read our article which discusses it in detail.

The mechanical movement used in this watch is the Omega 8906 which has the following features: 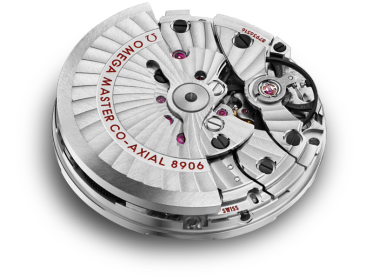 The strap that comes with this watch is made of deep black rubber with a weave texture and blue stitching to match the blue accents on the case. The rubber watchband closes by way of a push-button deployant buckle. Omega also manufactures NATO straps which can allow you to create all sorts of looks for your watch. These are add-ons that can usually be purchased at Omega's boutiques.

In addition to this stunning blue style which has blue accents on the case, blue stitching on the rubber strap, there are several other styles that come with a rubber strap. There is also a higher-end version with 18kt Sedna (rose gold) accents and a leather strap.

The BLUE version is model #:

The ALL-BLACK version is model #:

A RED version is model #:

Specifications for the various watches in this series below