Do you have to decide between a Zenith or an Omega watch? Read this detailed analysis of both brands and their most popular watches to determine which is perfect for you or for someone else that you might be gifting.

When it comes to luxurious watches, Zenith and Omega often come to mind. They are two well established Swiss watch brands that each have a large following. However, which one is a better brand?

In this detailed comparison and review, we will examine both brands and their watches from many perspectives to determine which is the best in each area of examination. These areas are:

It will not take a rocket scientist to know that each brand has certain virtues that set them apart from the competition.  It certainly does help though when rocket scientists are wearing your watches. It says a lot about you as a brand when the smartest and brightest are your customers and brand ambassadors.

This is how Omega got its claim to fame. With their famous Moonwatch. 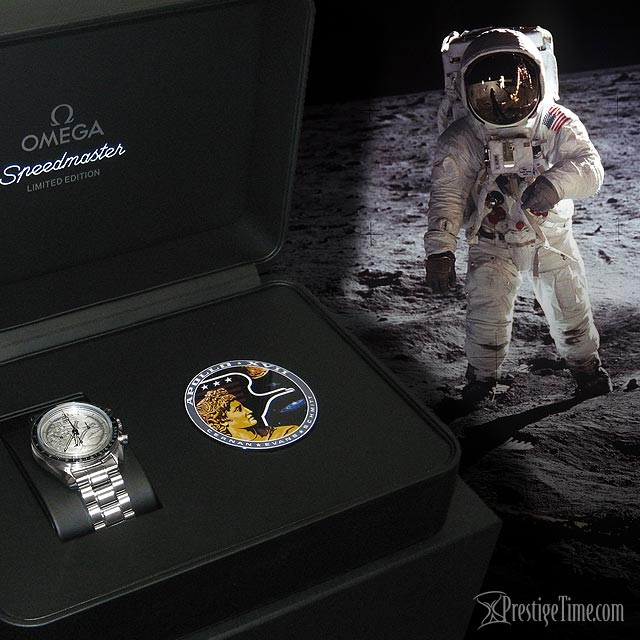 Yes, I am talking about the very watch that was on the moon and helped Buzz Aldrin and Neil Armstrong in their mission which changed the world for humanity on that historic day in 1969. Of course, this is one of the first reasons why the Omega Speedmaster became such a favorite watch amongst collectors and watch enthusiasts.

The whole world watched these two NASA astronauts that day while the watch industry watched in the ensuing years as Omega ascended as one of the leading watch brands in the world; not just in popularity but also in innovation.

While Zenith does not carry the same achievements as Omega did in the '60s and '70s, they did most recently take their watches to great heights albeit not quite to the moon the way Omega did. We are talking about the model called the Zenith El Primero Stratos. A watch that was strapped to the wrist of celebrity daredevil Felix Baumgartner.

He jumped from a vessel a long way from the earth, at almost three times the maximum altitude of a commercial airliner, and broke the speed of sound in a nearly one hundred and twenty-seven thousand foot free fall reaching a top speed of 845 MPH. Like Omega Zenith recognized a way to be the first at something. While this mission did not grab the same amount of worldwide attention as when the Omega Moonwatch made it to the moon, which I feel is wrong, it did make history. You can see it here or play the video below.

The Zenith El Primero never reached the altitude that Omega achieved in space, nor did the Swiss watchmaker ever reach the very top of the watch industry in terms of brand popularity. However, they did solidify themselves in watchmaking history and secured for themselves a massive following. In fact, most serious watch collectors would have a Zenith El Primero in their collection and probably an Omega Speedmaster too.

Which brand is more popular Omega or Zenith?

Omega is the second most popular Swiss watch brand on the worldwide market that you can buy, and only second in line to Rolex who takes the crown in the first position. Zenith turned up at #14 which is still amazing considering how many different brands of Swiss watches exist.

Omega watches are made by Omega SA and was founded around 115 years ago in 1903. In 1917 Omega became a supplier for combat units to the British Flying corp as well as the U.S. Army in 1918. Omega has been and still is to this day the official timekeeper of the Olympic Games since 1932. They also made headlines in 1969 as their watch was worn on the wrist of one of Buzz Aldrin, as he and Neil Armstrong made history landing on the moon's surface as discussed at the beginning of this article.

Zenith is a brand that has been around the block. They make both dress and sports models and will usually feature a star icon on the dial. Zenith turned 150 years old in 2015. Their claim to fame did not originate recently from their Strator space venture with Red Bull and Felix Baumgartner but rather, in the same year as the moon landing 1969, from a view down here on earth. Yes, I am talking about the movement called the Zenith El Primero, the first-ever 5Hz / 36,000 VpH watch caliber.

It's the very same movement that in 1988 was found in the Rolex Daytona chronograph reference 16520. That movement was based on the Zenith El Primero caliber 4030. It's what watch nerds call a high-beat chronograph meaning the "heartbeat" of the mechanical movement moves so fast that you can barely see the balance wheel moving the way you would on standard mechanical timepieces.

Which brand has more historical significance, Zenith, or Omega?

That depends entirely on how you gauge historical value. If it is by the age of the watchmaker, Zenith would be more historical. However, if it is by what you accomplish during your time here, Omega seems to have been pretty busy making friends and making history compared to Zenith.

We generally can't broad-brush paint an entire brand with a fixed percentage of your principal investment when it comes to re-sell value. There are many variables in play when someone purchases a pre-owned luxury watch that will affect the price. These variables include and are not limited to:

What watch has a higher resale value, Zenith, or Omega?

In general, while keeping in mind the aforementioned, Omega will usually retain a higher proportion of its original value compared to Zenith. However, I must reiterate that there are many variables in play and this can not be understood as a given.

Zenith has a very high beat chronograph known as the El Primero which is a stopwatch function that can measure within 1/10th of a second thanks to its high beat El Primero mechanical movement. However, what about just telling time the old-fashioned way? Which brand produced more accurate watches?

Omega makes arguably the most accurate Swiss-made mechanical movements in the world. Many of their watches have the designation of Chronometer which means it can measure time with +4/-6 seconds per day deviation which is considered to be excellent for mechanical timepieces.  However, they also have many watches which are even more accurate than your run of the mill COSC Chronometer. These Omega watches have the title Master Chronometer which means they had even further testing after receiving an original COSC certificate and get the Master Chronometer status once they achieve an accuracy of a minimum of -0/+5 seconds per day.

So, Which watch is more accurate an Omega or a Zenith watch?

Omega has been striving to tackle many things that affect the ability of a mechanical watch to tell time with the utmost precision. The most significant enemy of a mechanical watch is EMF (electromagnetic frequencies) they cause severe deviations in a watch's ability to keep time. These frequencies produce electromagnetic interference which makes the movements run faster than they should. Omega and several other Swiss watchmakers have been making use of silicon in their builds and components to combat the effects of EMFs that penetrate the case and wreak havoc on the small parts in the movement.

Regarding EMF's, nobody fights them like Omega. Omega is an EMF ninja compared to other brands. In fact, to achieve the Master Chronometer designation mentioned earlier (in the previous section about accuracy and precision), the watch has to withstand a high amplitude of electromagnetic frequencies.

My humble opinion is, given the advanced testing that they do and their Co-Axial escapement, Omega has mechanical superiority. However, Zenith is also known to have wristwatches with high complications, usually the type of choice preferred by watch enthusiasts and horologists. One such example is the Zenith Pilot Montre d'Aeronef Type 20 Tourbillon. As a sucker for tourbillons, I feel this is considered a mechanically complicated watch that has two complications on it, a chronograph and a tourbillon. It runs on the El Primero Caliber 4035 automatic movement.

Omega watches start at a lower price point than Zenith making them more attainable. Omega also has many more models from which to choose with the manufacturer's suggested pricing starting at $2,550 and going up to $45,000 on the higher-end models.

If you enjoyed this comparison and feel that others would enjoy it too, please share it. Thanks!