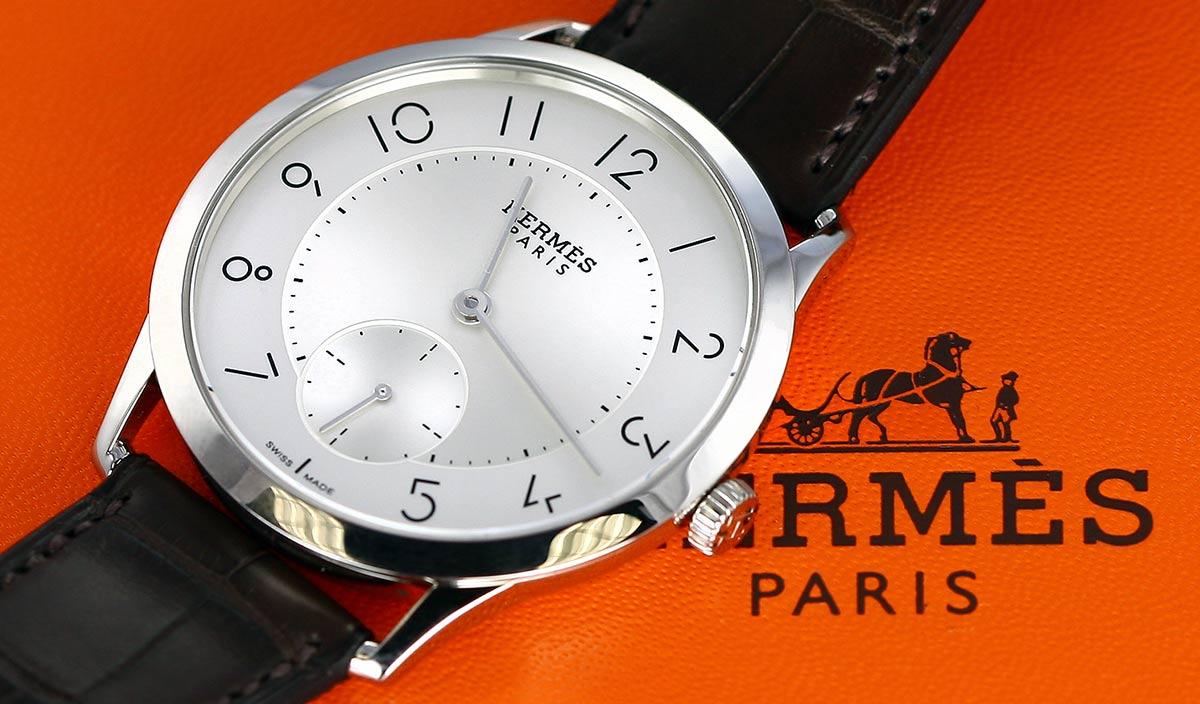 You Won't Believe How Thin This Watch Is: Slim d'Hermes Review

Find out why this is called the most wearable watches of the year by Forbes. 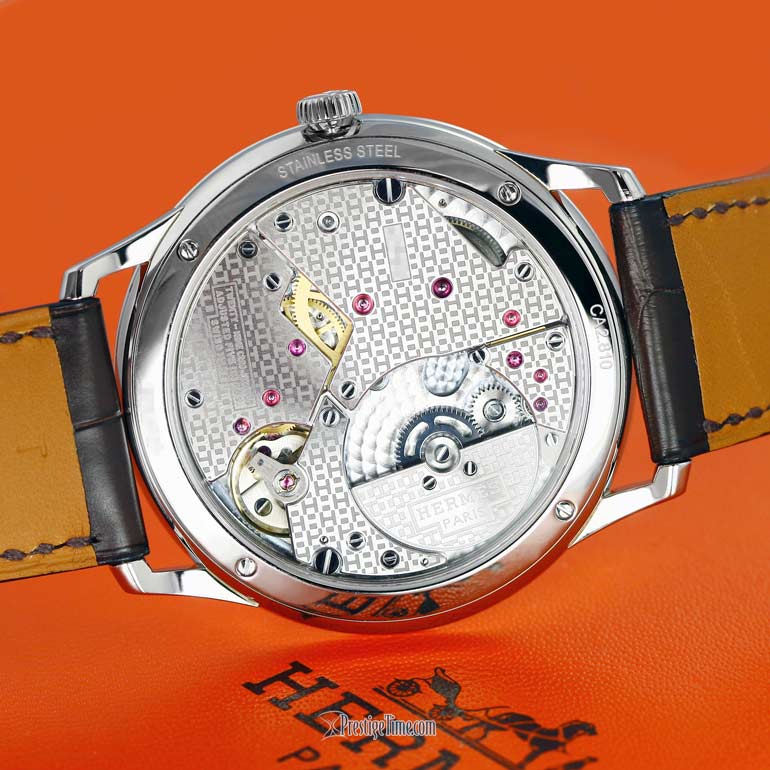 Labeled as one of the best-looking and most wearable watches of the year by Forbes, this super slim and comfortable Hermes watch called the Slim d'Hermès is not only complex on the inside but elegant in its simplicity on the outside.

With only 8.14mm case thickness, this super slim Hermes watch available in stainless steel as featured above and is also available in rose gold. This collection of slender Hermes watches would look perfect with casual or business attire. As with all Hermes watches, you can expect the highest quality from the movement inside all the way to the very leatherwork on the straps for which Hermes is famous. The Slim d'Hermes is available with a choice of Havana brown matte alligator straps as well as a black alligator leather band.

One of the most noticeable design features of this watch is the unique numerals. The typography on this collection was custom designed by an award-winning and world-renowned French graphic designer, Philippe Apeloig whose designs are featured in collections of the Museum of Modern Art in New York. Philippe also designed the branding and identity for the Hermes-sponsored equestrian competition the Saute Hermès.

Housed in the ultra-thin case of the Slim d'Hermès watch is the 2.6mm thick, ultra-slim in-house Hermes Caliber H1950 movement which beats at 21,6000 vph. This 29 jewel Hermes movement has a special Hermes decorated finishing, a micro-rotor, and a 42-hour power reserve.

On the outside, this watch has a contemporary look with an Opaline silver dial and small seconds sub-dial at the bottom center of the dial. 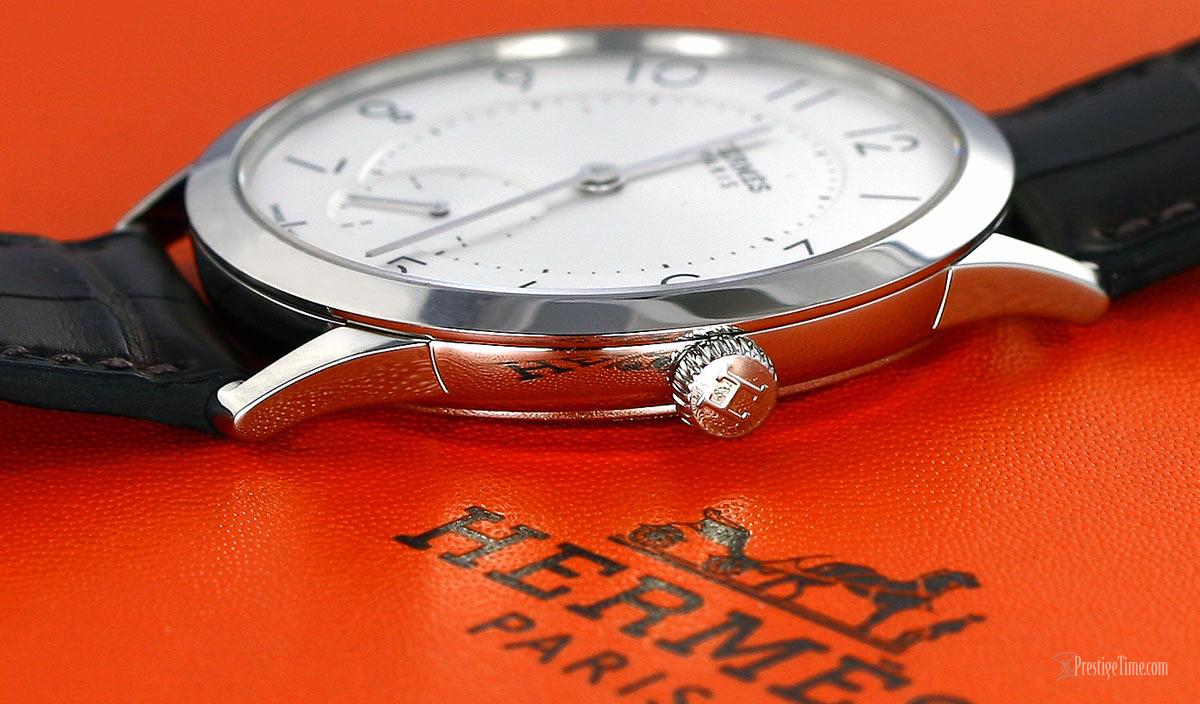