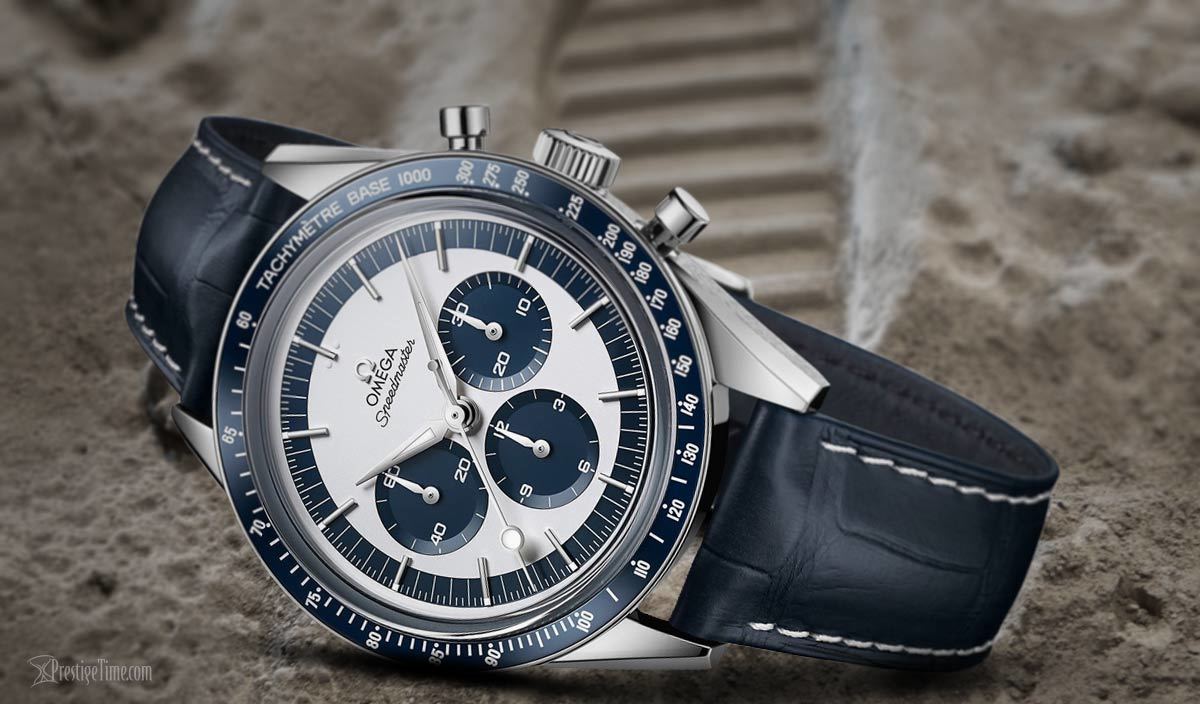 57 years after the original Omega Speedmaster Moonwatch was introduced a re-edition emerges that maintained all the classic design with upgraded modern features.

The chronograph that made it to the moon is once again given the spotlight in a series that has endured the trials and tribulations of over a half a century. The New Limited and Numbered Edition Moonwatch model number CK2998 has a silver and blue dial with blue chronograph and small seconds sub dials. 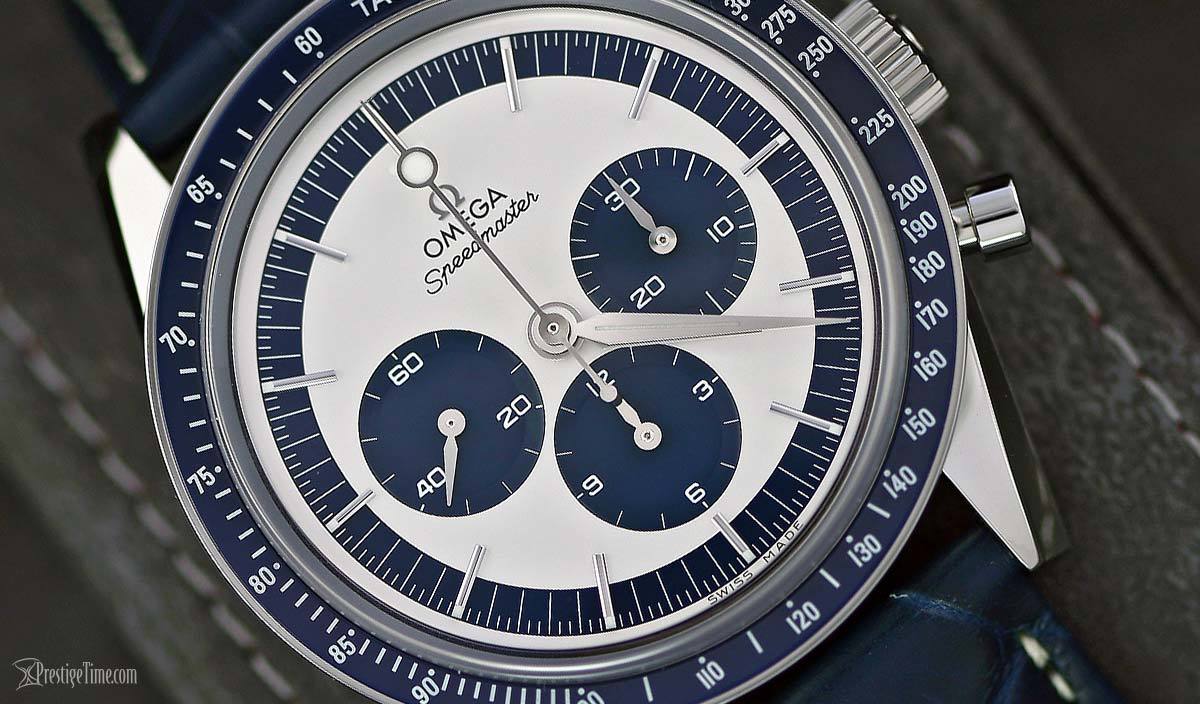 From the polished stainless steel case to the satin brushed edges case shines like the moon itself. An easy to read silver main dial and the blue sub-dials that are slightly recessed catch your eye with their high contrast white letters and indexes. You can also see a segment of blue on the perimeter of the dial with finely printed white seconds, fractions of a second and minutes. The "Lollipop" large central seconds hand circles the dial like a satellite in orbit. Some of the upgrades are the new ceramic bezel with a SuperLumiNova luminescent tachymeter scale. 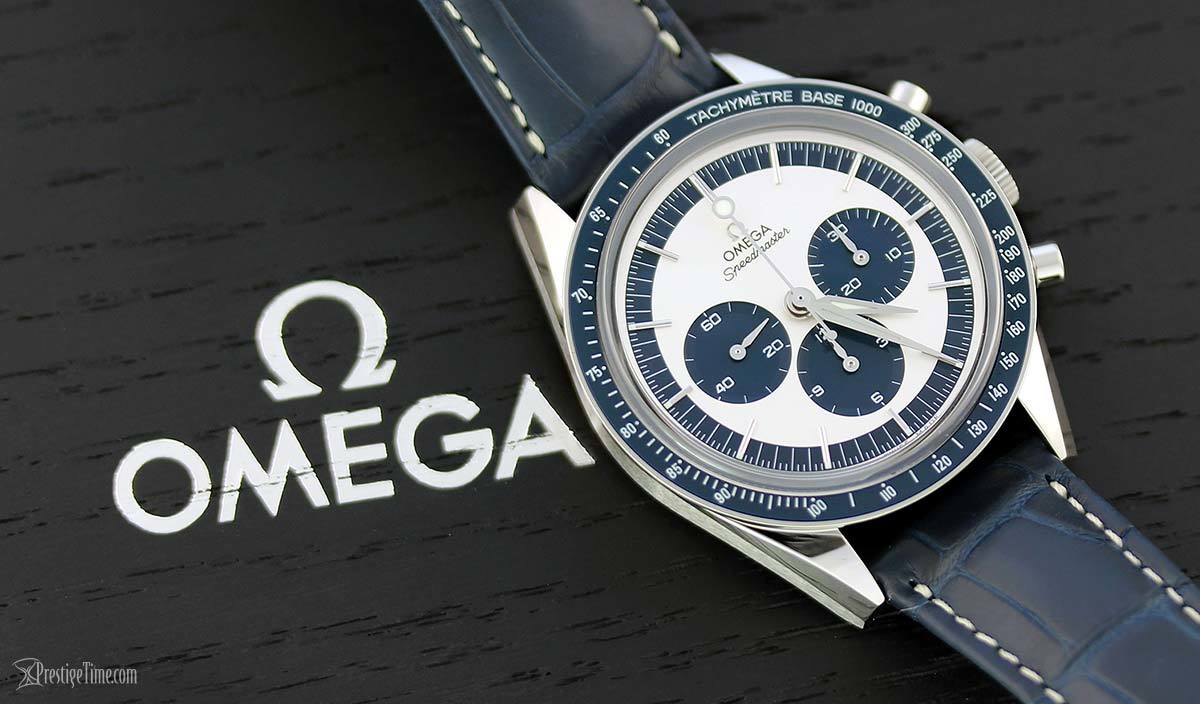 Just like the Speedmaster Professional Moonwatches, the engines running this watch is the Caliber 1861; an 18-jewel 21,600 vph, low-beat movement with about a 48-hour power reserve and is the same exact movement as the original Omega Moon watch that was actually in space! The moment you turn over the watch to examine the case back, you can see the traditional seahorse emblem which is the standard icon on all Omega Speedmaster case backs but more importantly, you can see the words "Limited Edition" on the left side, with "Number/2998" on the right side and above the model # CK 2998. 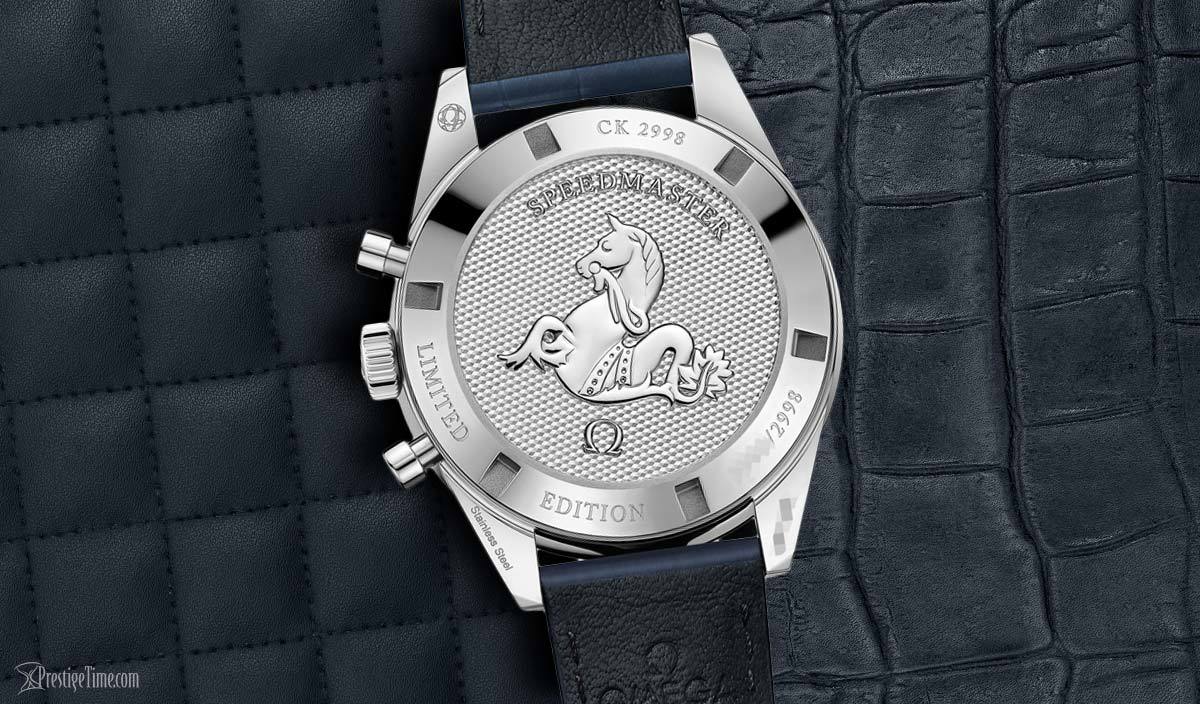