The Brilliant Evolution of Watch Luminescence

The brilliance of watch luminescence has changed over the decades with new and improved glow-in-the-dark material always being invented or innovated. Let’s explore the journey it took in watchmaking.

The Evolution of Watch Luminescence

From the discovery of fire and onward humans have looked for new and improved ways to see things in the dark. Today we will explore the jaw-dropping evolution of the luminescent material used in watchmaking over the many years that it has been used in the industry to create luminous watches.

How do luminescent watches work? In this article, we will answer all these questions and describe the various chemical processes which were used over the years by watchmakers to make things like hands, dials, numerals, hour markers, and more glow in the dark.

Light is a form of energy that materializes on the electromagnetic field as an elementary particle known as a photon which is a quantum particle of the EM field. A photon is a stable particle that has no mass or electric charge and it travels at the speed of light. Photons are generally created when an electron spinning around an atom absorbs a photon and gets excited, once it calms down to a ground state, it releases a photon which we perceive as a phenomenon that we call light.

But let’s not get too distracted with light or quantum science. Let’s focus on how the light was created and used in watchmaking as well as how the different methods of creating photons compare to one another in the luminescent material found on a watch.

Watches were using radium as lume until the 1960s. Radium is a material that can potentially glow for over 1,600 years which is around the half-life of the material wherein which the luminescence begins to dim. That’s amazing, right? The catch? Well, as the name suggests, this material is radioactive!

Do radium watches still glow? Yes, but fortunately, watchmakers have moved on to safer materials. However, if you happen to have a vintage piece that uses a radium dial, and you want to check if it uses real radium, use a Geiger meter and if it goes off, it’s the real deal.

According to BFS* (The Federal Office of Radiation Protection in Germany), the reason that Radium (Ra-226) was not being used was not because of the risks it posed to the person wearing the watch but rather the risk it poses to the watchmakers working on the watch. 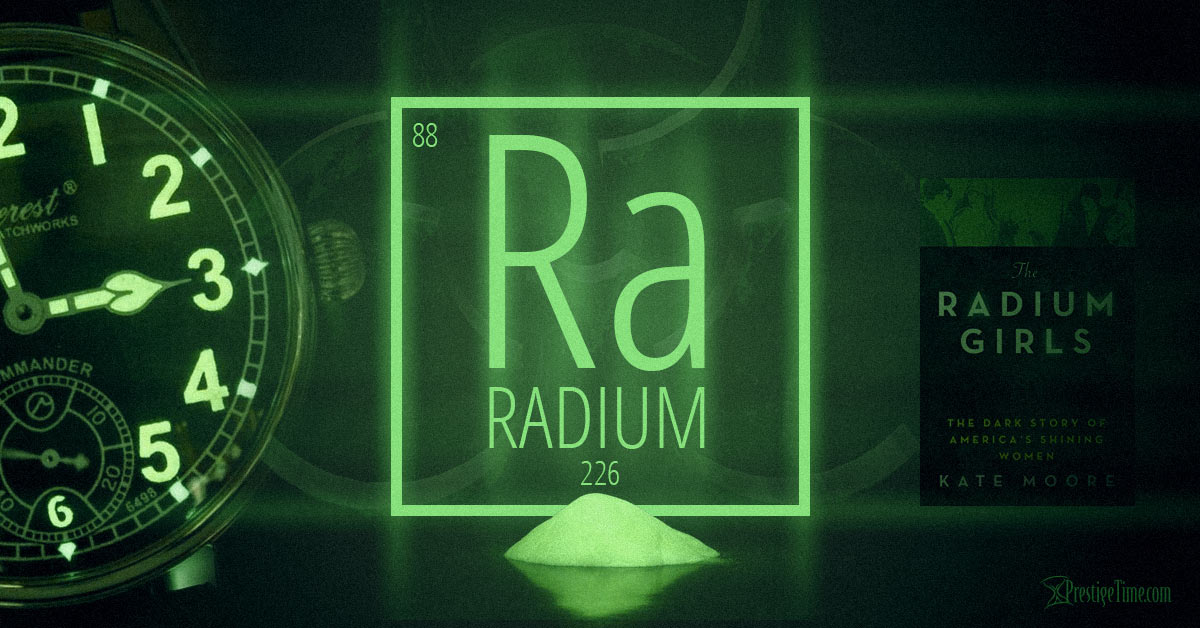 Promethium was used as a less harmful radioactive substitute for Radium for a while. The risk is lower than radium because it only gives off beta particles. The downside of Promethium is that the half-life period is just above two and a half years; a spit in the ocean compared to the 1,600 plus years of radium’s mid-life period. 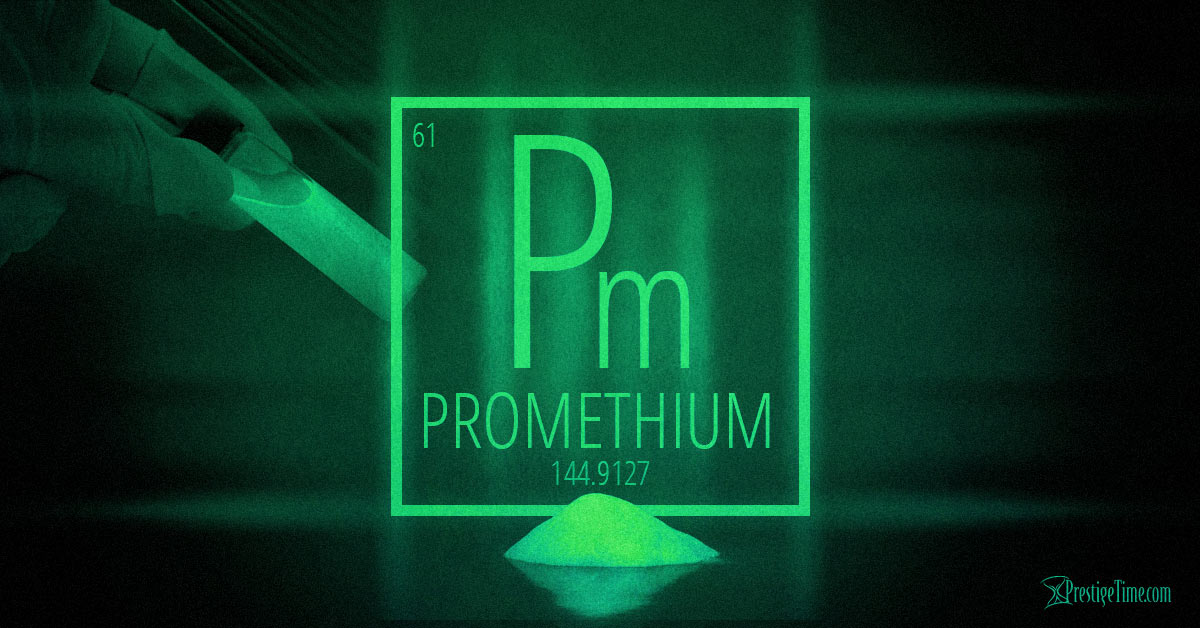 This is a material that was used up until the mid-1990s and like Promethium, it is a beta-emitter and a safer alternative to radium. However, it is a low-energy beta-emitter with a decent half-life period of 12.3 years compared to Promethium which was only around 2.6 years.

They made this radioactive isotope of Hydrogen into a type of paint and the material was potentially problematic in that format. Up until the mid-90s, the watches that used Tritium paint-based luminescence often had plastic case backs. Tritium had a way of diffusing and found its way into the dial, crystal, and case back which can then get to the skin of the one wearing the watch.

Is tritium still used in watches? Nowadays, Tritium in watchmaking is known as GTLS (gaseous tritium light sources) and is securely stored in tiny narrow glass tubes that are less permeable than the paint on a dial protected by just the watch glass. It’s then further protected by the crystal and case backs when they are what is now known as GTLS-glass tubes. Certain watches that use GTLS are not allowed in countries like Germany where there is a legal limit of 1 GBq of. Some watches even have as much as nearly double the limit with up to 15 GTLS and a Tritium activity of up to 1.9 GBq. Tritium tubes are famously used in Ball watches which are known for their highly visible dials in low light conditions.

Many watchmakers used tritium throughout the years including the most recognized luxury watch brand; Rolex. When did Rolex stop using tritium? In 1998 once the use of tritium paint was banned. They have been using Luminova instead. 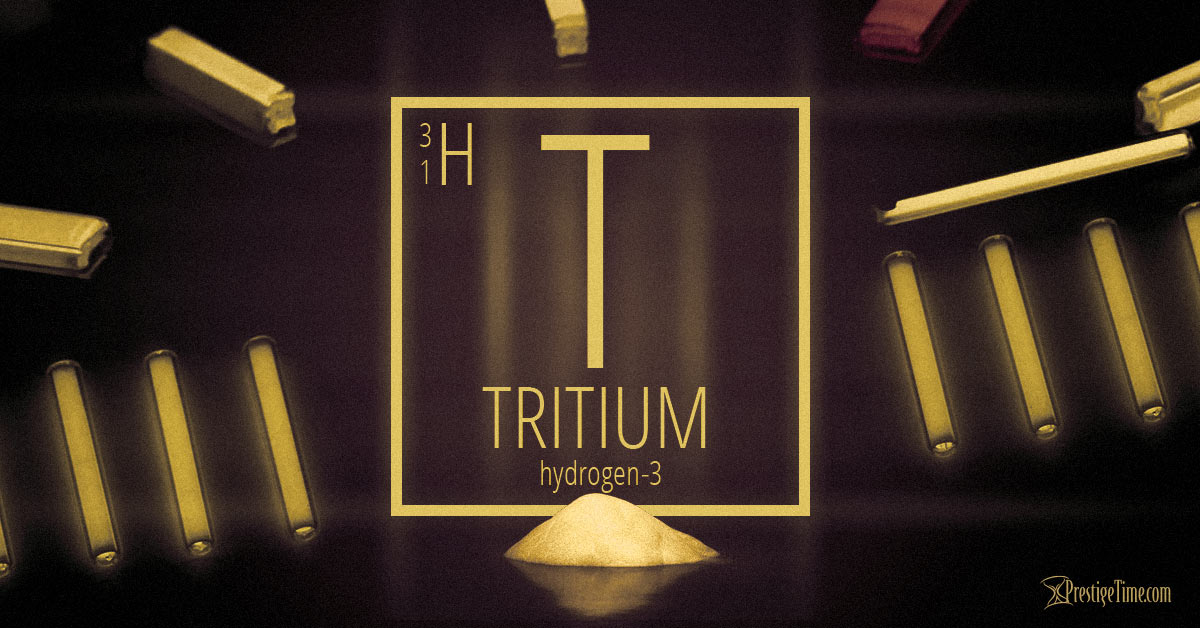 When was LumiNova invented?

In 1941 a Japanese fellow by the name of Kenzo Nemoto opened a business that sold luminous paint. He was contracted by his country’s military to paint the gauges in the aircraft during the second world war. When the war was finally over, he wasn’t as busy with painting for the military and had to look for more opportunities. He mainly made his living post-war by painting the hour markers and hands-on residential clocks and then moved onto watches.

Not long after the bombing of Hiroshima and Nagasaki in 1945, a time when the Japanese were more cautious of the dangers of radioactive materials, Nemoto began thinking of how to develop a new non-radioactive luminescent material. Kenzo created a new phosphorescent material and in 1993 a company called Nemoto & Co. which he founded in 1962, invented a new form of luminescence.

Unlike its predecessors, this amazing new material is a non-hazardous phosphor that doesn’t decay during the lifetime of the watch, temperature-resistant and unaffected by environmental influences. In 1998 Nemoto was joined by RC-Tritec AG* and they called the branch that would soon supply the watch industry LumiNova AG Switzerland. Kenzo Nemoto was smart enough to patent the material and this gave him the ability to license it out to watchmakers who were looking for the latest and greatest in glow-in-the-dark.

What is LumiNova made of?

This material was known as strontium aluminate and was not a radio-luminescent material like Radium, Promethium, or Tritium phosphoric paint using zinc sulfide. LumiNova about 10 times brighter than traditional luminescence and had color variations between bright blue and bright green. The blue hue was known to glow the longest, but the green hue glowed the brightest.

This new material had to be combined with a chemical element called europium to glow and unlike radio-luminescent materials which were always in a glowing state, LumiNova was “charged” by being exposed to light be it sunlight or artificial light, and provides excellent nocturnal visibility. 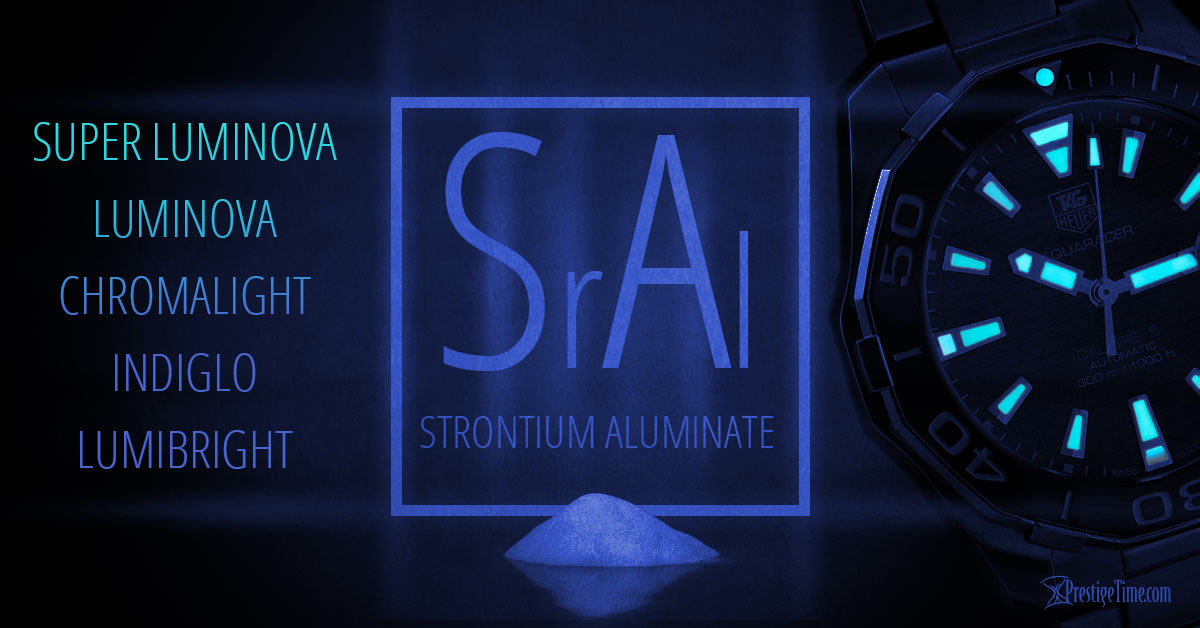 What’s the difference between LumiNova and Super-LumiNova?

LumiNova didn’t stop there though. Seiko also licensed the material for their LumiBrite watches, and the famous Timex Indiglo is another example of the successful licensed rebranding of this merchandise.

How does Super-LumiNova work?

According to RC Tritec, it works like a light storage battery. For Super-LumiNova to glow it first needs to be “charged” by exposing it to light. Although natural light will also charge the luminescence, it has been reported that sunlight provides the best effect. When the light contacts the phosphorescent material, it excites the electrons and begins charging rapidly.

This creates a glow. 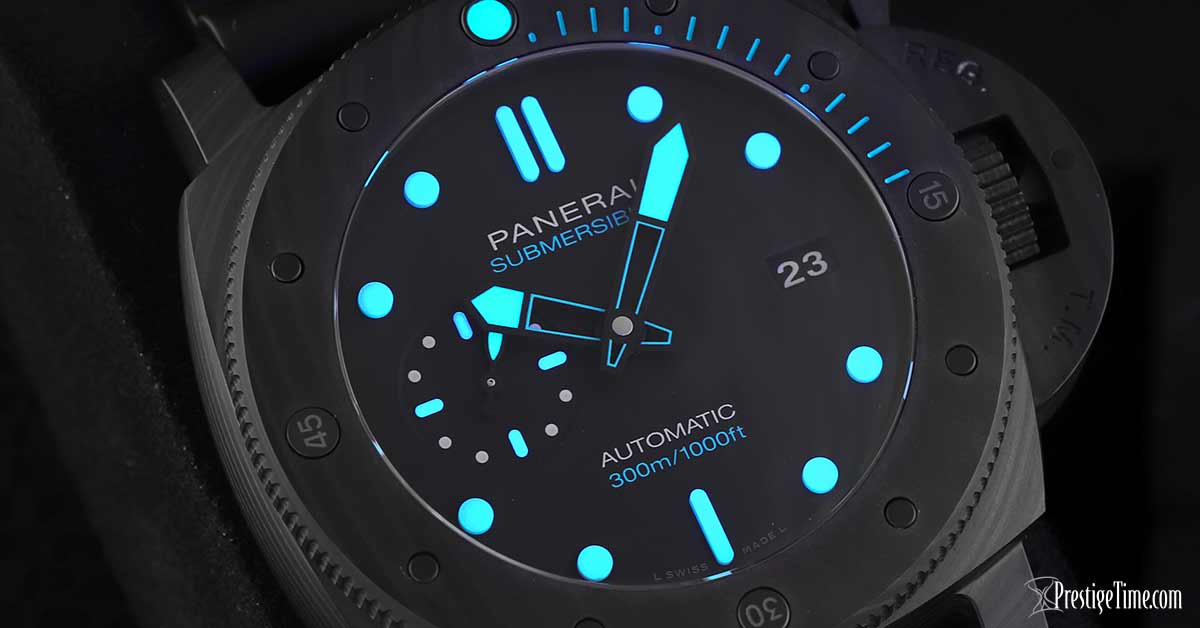 What are the different colors of Super-LumiNova?

There are many shades of colors that offer different intensities of brightness.

Chromalight just like Seiko LumiBrite and Timex Indiglo is a licensed rebranding of LumiNova and is essentially LumiNova C9. Seeing as LumiNova hold the patent on the material and Chromalight is made of strontium aluminate, it’s really all Rolex’s strong marketing department that branded it so superbly as something else.  It’s possible, however, that like other watchmakers, Rolex applies the substance in a different way to maximize the luminescence such as applying a bright white base beneath the luminous material. Additionally, the more layers of lume you apply, the brighter it will glow. Some brands such as Lum-Tec apply as much as 6 to 8 coats of lume to maximize visibility in low light conditions.

Well since it is already made of Super-LumiNova this question is often confusing. To clarify, the shade of Super-LumiNova C9 which Rolex Chromalight is made of is only about 83% as bright as Super-LumiNova C3. It has a pale turquoise shade which, looks pretty but is not the brightest. Green hued luminescence is more visible to the naked eye than the more bluish hues such as C9.