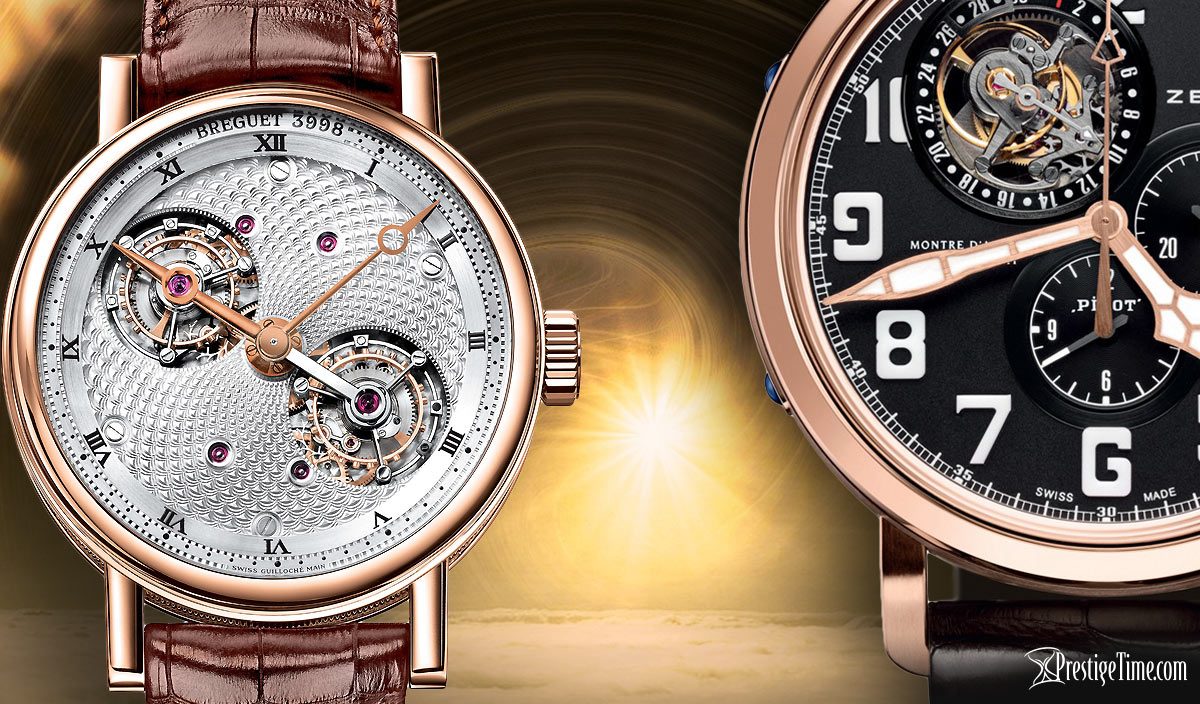 What is a tourbillon? How to identify 5 types of tourbillons

What is a tourbillon?

A tourbillon is a mechanical complication found in the movements of certain high-end mechanical watches. It was invented during the era or the pocket watch and is both hypnotic and fascinating to watch. Watches with tourbillons are usually a bit expensive compared to watches without them. They are not the most common complication that you'll find on a watch, but certainly one of the most entertaining.

Sometimes an unsavvy watch dealer might mistake a watch with a semi-skeletonized dial showing a visible balance wheel known as an "Open Heart" for a tourbillon. That's why when you search for one, it's important to contact a watch expert from a trustworthy company before buying it. Be sure to read further to learn how to quickly identify a genuine tourbillon watch when you see one and avoid running into a disastrous nightmare. 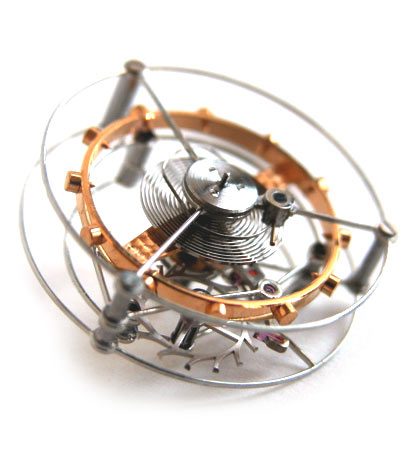 Why do some watches have tourbillons?

The purpose of a tourbillon is to address an issue that many mechanical watches have with regards to the way physics affects the precision and accuracy of their movements. Gravity is a force that creates a drag on watch's movement when they are in certain positions.

What is the purpose of a tourbillon?

One of the most challenging things watchmakers faced when regulating a pocket watch is the effects that gravity plays on the caliber or movement. A tourbillon acts as a way to counter the drag effect that gravity plays on some of the smaller components in a timepiece's escapement when held in certain positions.

How does a tourbillon watch work?

A tourbillon places certain parts of the watches internal mechanics, (the balance wheel and escapement ) into a rotating cage. The escapement is a component of the movement which is comprised of the hairspring, balance wheel, and pallet fork. The tourbillon watch will then slowly rotate this cage holding the aforementioned components, usually at a rate of 1 RPM, and this counteracts the adverse effects that gravity creates when the watch is in certain positions and helps to iron out positional errors of accuracy.

The video below demonstrates how the escapement is mounted onto the tourbillon's cage and also depicts how it steadily rotates the escapement around the cage.

Who invented the tourbillon? 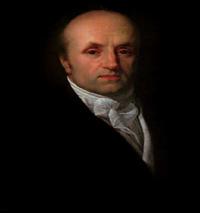 It was 1795 when Abraham-Louis Breguet developed the mechanical mechanism (AKA complication) that we call the tourbillon. Breguet was also famous for inventing other revolutionary devices in watchmaking such as the rotor that we find in self-winding, automatic watches.

It's no surprise that many Breguet watches often have tourbillons. The word "tourbillon" is a French term that means "whirlwind." If you take one close look at a tourbillon watch in action, then the name makes perfect sense. It has a mesmerizing spiral motion that can be quite hypnotic.

What is the world's thinnest tourbillon?

BVLGARI released the world's thinnest tourbillon in the Bulgari Octo Finissimo Tourbillon which uses the new, ultra-thin Bulgari in-house manufactured Caliber BVL 268 shown below. The 11-jewel movement is only 1.95mm thick and has an approximate power reserve of 55 hours. 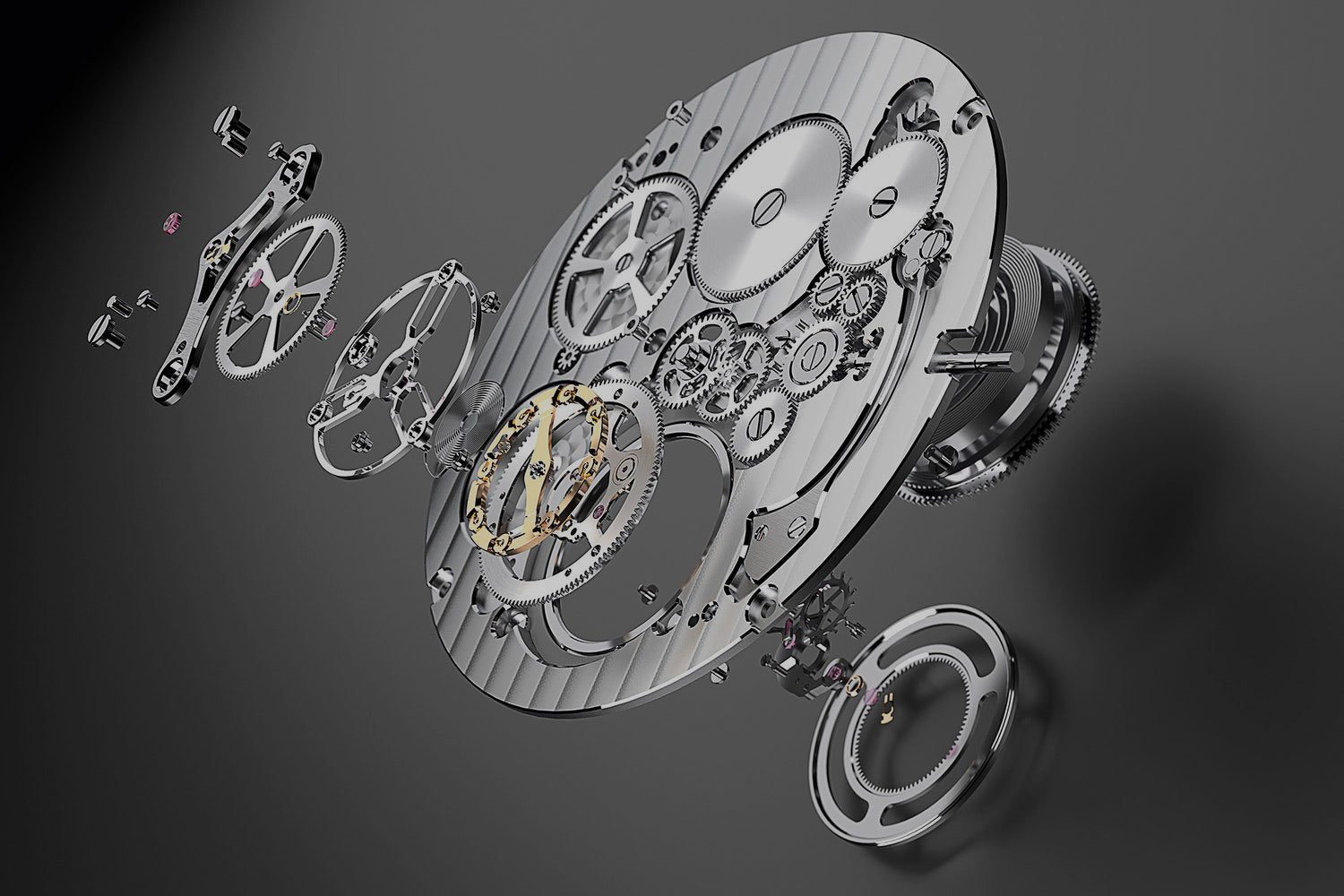 Are there different types of tourbillons?

Certainly! Tourbillons have evolved quite a bit since they were first invented. In fact, there are quite a few new types of tourbillons. Some luxury watchmakers are really creative in the way they implement a tri-axial tourbillon. Below you will find a few video examples of some of the more innovative ones.

Below is a video demo of the Jacob & Co. Astronomia Triple-Axis Tourbillon in action.

Below is another triple-axis tourbillon video. This time showing the Girard-Perregaux Tri-Axial Tourbillon in action.

In 2002 the first gyrotourbillon was conceptualized by two gifted watchmakers; Ms. Magali Metrailler and Eric Coudray. It gyrates on multiple axes and hence the name. Not too many were ever made and Jaeger-LeCoultre had a few models that had very limited production on each.

Feast your eyes on the video of a Gyrotourbillon below.

Should You Get a Tourbillon Watch?

Yes but only if you can handle a whole lot of watch.

Why is Tourbillon so expensive?

A tourbillon is a serious timepiece and will draw lots of attention to your wrist. Many collectors would consider their tourbillon watches to be some of their most prized possessions. So to answer the question: Only get one if you think you can handle it.

How much does a tourbillon watch cost?

They aren't cheap. They start at around a low-5 figure price tag and they can go into the millions depending on the manufacturer, model, and also depending on if it's a new or pre-owned tourbillon watch.

What is the cheapest tourbillon watch?

A tourbillon watch is by definition a serious luxury item. A new Swiss-made tourbillon that has a COSC certificate from a respected watchmaker such as TAG Heuer will normally begin at around a list price of around $17,000 and up. You may be able to find a new one from some cheaper and much lower market, non-luxury brands but none that any serious watch collector would ever recommend.

For the most part, tourbillons are highly associated with Swiss watches as they were invented by a Swiss watchmaker and are to this day predominantly manufactured in Switzerland. There are other countries though that produce them but few that can make them anywhere near as well as the way the Swiss watchmakers. There are, however, a few exceptions. Possibly the only country that produced high-quality tourbillons is Saxon-German watchmakers in the watchmaking town south of Dresden called Glashutte, Germany.

Many Swiss watchmakers make tourbillon movements, and they are usually quite costly. However, there are some that are more affordable than others. Recently, TAG Heuer released the Carrera 02T Tourbillon Chronograph which is considered to be the most affordable high-quality, in-house tourbillon from a respected Swiss watch brand.

Click here to read the review or watch our in-house video demo below to see it in action.

Still can't get enough tourbillons? Click the button below for a few more.