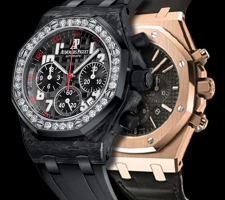 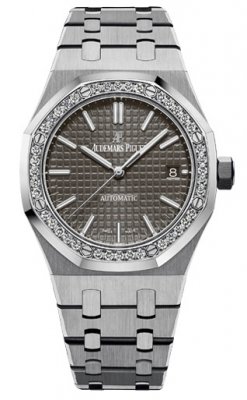 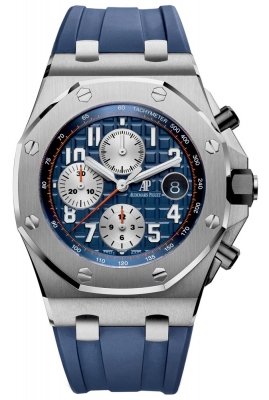 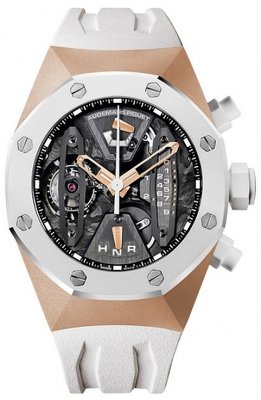 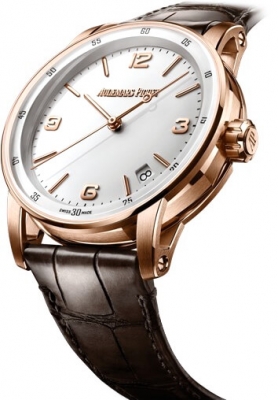 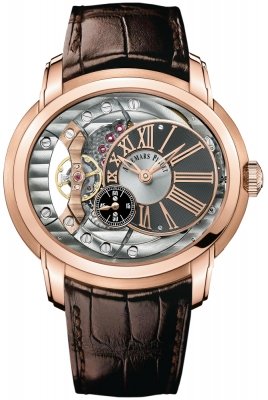 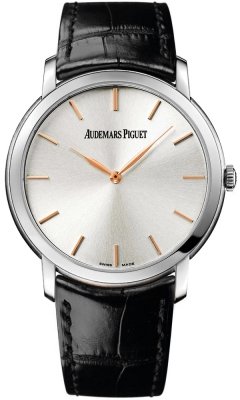 Audemars Piguet watches is a Swiss watches manufacturer that was founded in 1875 by two young men with a passion for fine watch making. Mr. Jules-Louis Audemars & Mr. Edward-Auguste Piguet joined forces to design and produce complicated watches. They chose Le Brassus in the beautiful & serene Joux Valley in Switzerland as their base of operations for Audemars Piguet. Mr. Audemars focused on movement design while Mr. Piguet handled the financial & commercial side of the business. As the years progressed, Audemars Piguet became known for their chiming Repeater Watches. In 1907 the company continues to prosper and expands its factory which now accommodates 70 employees.

Some of the most popular and bestselling watches from this dynamic Swiss watch manufacturer, affectionately known as AP, include the Audemars Piguet Royal Oak and Royal Oak Offshore models which incorporate simple automatic watches, chronographs all the way up to tourbillons, minute repeaters, Grande Complications & of course the now famous & award winning Audemars Piguet Carbon Concept. Audemars Piguet has a full line of sporty and dress watches to suit every occasion. The Audemars Piguet Millenary is another beautiful line that spans between dressy and casual.

In 1966 Georges Golay becomes the Managing Director and CEO paving the way to a new era of prosperity and tremendous creativity. The range of Audemars Piguet products soon earns international success. Audemars Piguet changes the face of fine-watch making, creating the Royal Oak, the first high-end sports watch made of steel, recognizable by its octagonal bezel with eight hexagonal screws- a true revolution in the watch making world. Audemars Piguet introduces the first self-winding ultra-thin AP wristwatch with tourbillon in 1986, the first wristwatch with a second time zone, and the Star Wheel, with its sector hour display on three sapphire discs. In 1992, the Manufacture creates the Audemars Piguet Foundation. Born in the Valle de Joux, the company developed and grew in the midst of wild and unspoiled natural beauty. Deeply attached to these landscapes, the Audemars Piguet Foundation decides to actively contribute to preserving forests throughout the world, and to sensitize younger generations to this issue.

Back in 1972, Audemars Piguet was the type of pretigious brand to not just simply bend rules when it came to watchmaking but absolutely break them. In a world where all high-end timepieces followed a strict trend and were always made of gold and never very large in size, AP stepped outside of the box to think and design a luxury watch that was completely different.

A very new and modern style was soon created with a bold new daring design. He designed the first modern and avant-garde high-end sports watch, the Audemars Piguet Royal Oak watches, soon to become the brand’s signature watch. Of all the different timepieces in the Audemars Piguet catalogue, the AP Royal Oak is probably the most popular collection and had since evolved to incorporate other complications such as a perpetual calendar, moon phase, and chronograph.

Since 1999, Audemars Piguet has been involved in creating eight limited-edition masterpieces in a scarce series of only twenty. These are known as the Audemars Piguet Tradition of Excellence collection. The first stop on this voyage is the Jules Audemars minute repeater wristwatch with tourbillon and split-second chronograph, made in 950 platinum.

In 2002 the production site in Le Locle expands tripling its surface area. In the years following Audemars Piguet continues to expand at a rapid pace, introducing new styles and models, but as always the Audemars Piguet Royal Oak and Offshore editions remain among their best sellers, staying firm in their commitment to quality watches, while maintaining the independence so cherished by the group.

The price of an AP watch depends largely on the model and varies depending on the type of movement and metal used in its construction. Another factor that can easily affect Audemars watch prices is the amount of them in circulation. The more rare the edition, the more demand there is for that watch, the more it would usually cost. Additionally, the more complicated the watch is, such as a perpetual calendar, minute repeater, or super complication watch, the higher the price.

Regardless of their listed prices, at Prestige Time, you can rest assured that no matter which models we carry, our watches will be priced competitively and selling for substantially less than the official Audemars Piguet Price List and in new and never been worn condition.