ONLINE SINCE 1999
The most trusted name in luxury watches!
Free Shipping within the USA!
Our Extended Holiday Return Policy is now in effect. 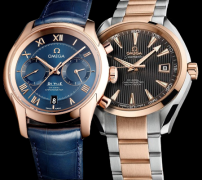 All    Men's Collection   Women's Collection   On Sale
Shop our large selection of in stock Omega watches at discounted prices and enjoy our legendary 5-Star Customer Service & Free Shipping. Especially famous for inventing the Moonwatch and the James Bond watch, Omega manufactures watches that are renowned for their reliability & for being the official timekeeper of the Olympics. Notable mechanical accomplishments include the Omega Co-Axial escapement, the Master Chronometer anti-magnetic to 15,000 gauss & the Si14 silicon balance spring.
Shop by Collection 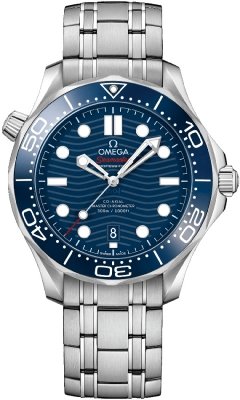 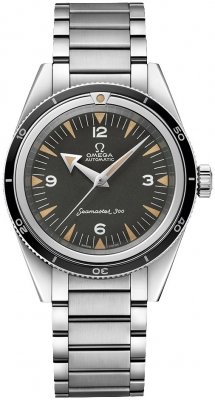 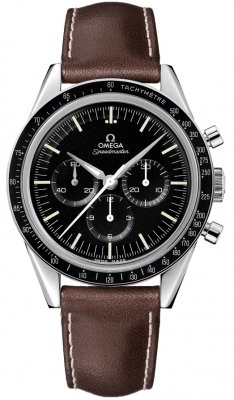 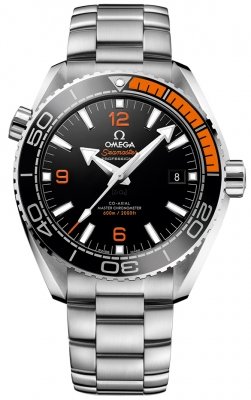 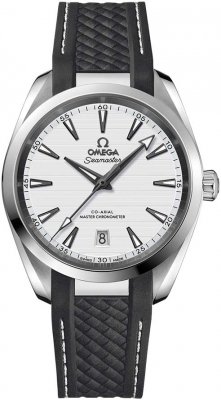 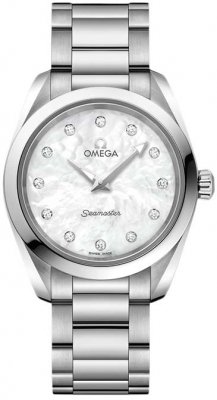 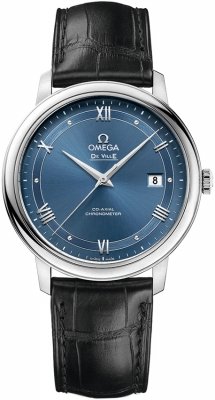 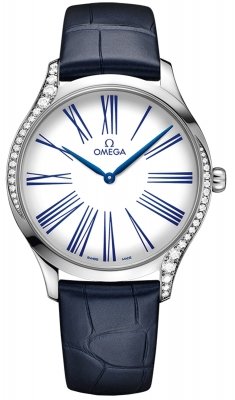 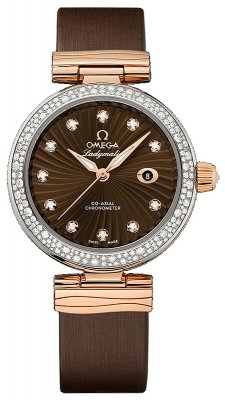 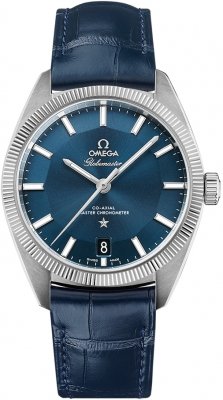 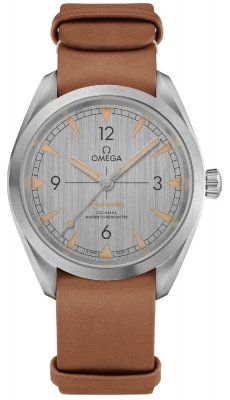 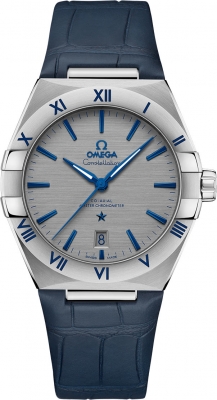 Omega Watches was founded by Louis Brandt, who set up an assembly workshop in La Chaux-de-fonds in the year 1848. Omega is one of the most popular brands of Swiss watches and has always been defined by its pioneering spirit. Omega has actively participated in some of the most adventurous events in history including the olympic games being the official timekeeper of the Olympics, and their dive watches always found their place with marine activity and sailing expeditions, and ultimately Space Exploration.

The "Seamaster Pro" is a collection of dive watches that is proud to have been worn and advocated by every 007 character since Pierce Brosnan was first featured in the 007 movie titled Golden-Eye and with the latest Bond character played by actor Daniel Craig such as the Spectre Limited Edition and the new Omega James Bond watch know as the Commander's watch, also a limited edition. The Seamaster Pro was specifically designed with diving in mind, and allows its owner to dive up to 300m. The more specialized "Omega Seamaster Planet Ocean" watch series allows its owner to dive up to 600m. Another best-selling model is the "Constellation" which is endorsed by Cindy Crawford. The Speedmaster has also long been associated with professional racer Michael Schumacher one of the more sought after models in this series is the Omega Speedmaster Professional. On the less-sporty side of the brand, some of the more classic looking watches are found in the various De Ville series for ladies and gents.

When it comes to their various collections, men's sizes dominate the purchasing to a great extent. Simply because in the world, one can find more men’s Seamaster watches than ladies watches such as the many in the Deville collection and the Omega Constellation series. Some of the more popular Omega watch models according to Omega USA and Omega retailers are the Speedmaster, Constellation Co-Axial Automatic series, Globemaster, Seamaster Diver 300M, the Seamaster 300M GMT, 300m Master Co-Axial, the Seamaster Aqua Terra Chronograph, Seamaster Planet Ocean, Sea master PloProf, the Omega De Ville, Ladymatic, Omega De Ville Prestige Quartz, Omega De Ville Hour Vision and more. The Omega Seamaster series is by far the largest line of all their watches with dozens of different model, configurations, styles and colors.

Of all their various Swiss-made watches, a mens watch known as the Speedmaster Moonwatch Professional was the most historic watch being the one and only watch to make it to the moon and back in 1969 when Buzz Aldrin and Neil Armstrong first walked the surface of the moon. Although this watch is a timeless classic, there are plenty of new Omega Moonwatches and latest additions that have been engineered to perfection since the advent of the Speedmaster Moonwatch however the Moonwatch Professional was a manual wind watch. Some of the innovations added to the new Monnwatches are the Co-Axial escapement and the Master Chronometer designation on some models which attest to it's superior accuracy and magnetic field resistance. These are available in both stainless steel, ceramic, and precious metal cases such as 18kt rose gold and 18kt yellow gold .

After the Speedmaster Moonwatch, in terms of popularity, comes the Omega Seamaster Diver 300M Automatic watch, a legendary Swiss timepiece powered by the Co-Axial calibre 3603 movement. The Omega Seamaster Pro and Omega Seamaster Planet Ocean are by far some of the watches men loved the most of all Omega's diver watches. It was boldly worn by actor Pierce Brosnan in the world famous Bond movie titled Goldeneye where he played the world's most charismatic MI6 secret agent 007, James Bond. This is one of the most successful movie franchises in movie history who's viewership share the same allure for the film as other models associated with the James Bond movie such as the Omega Seamaster Diver Co-Axial 300M watch. In celebration of the James Bond’s jubilee, a new 50th anniversary edition collector’s edition of the James Bond Watch, this Omega Seamaster Co-Axial chronometer has been made in two different sizes, a 41mm and 36.25 mm sporting the calibre 2507 self-winding chronometer movement equipped with the revolutionary Co-Axial escapement. The reverse-side of the watch case has the iconic revolving James Bond gun barrel design. One can also see “the bullet” through the sapphire crystal in the center. Needless to say, their watches have been carried by the bravest iconic figures that we can imagine on earth and in outer-space.

The Seamaster series has several collections with many popular watch models including the 300M GMT Chrono 44mm, Diver 300m, Co-Axial Master Chronometer, Omega Seamaster Planet Ocean 600m. Another notable watch from this series is the Omega Seamaster Aqua Terra 150m with magnetic resistance up to 15,000 Gauss. These watches are available in several different materials. Most are in stainless steel but many are two-tone blending stainless steel with precious metals such as 18kt rose gold or 18kt yellow gold. A few models are available in solid gold as well.

The latest in the Omega Seamaster collection is the Omega Seamaster Aqua Terra Master Co-Axial, an antimagnetic watch like none other with a Master Chronometer designation from METAS. While their watches have faced challenges in the ocean’s depths as well as in outer space, the watch industry has faced a more ruthless challenge much closer to home. Electromagnetic fields or EMFs are in every household and everywhere we go. Consumer electronics, smartphones, speakers, electric powered devices and gadgets are literally surrounding us with EMFs, the invisible magnetic fields that threaten the precision of mechanical watches every day. No longer have to push the boundaries in ocean and space exploration to put our watches at risk. Even when the watch is no longer exposed to the electromagnetic fields, the effects of being exposed still remains and could permanently damage the integrity of the watch movement. Unlike other watch brands that rely on a protective container inside the watch case, Omega utilizes special non-ferromagnetic materials inside the actual movement giving it impressive magnetic resistance. Omega uses Si14, an unconventional material for their balance spring; silicon, a non-magnetic material with incredible resilience and unmatched stability.

Omega SA uses a computer assisted process to get perfectly formed Si-14 balance springs directly from silicon disks in a single step. The result is a shock resistant, antimagnetic component that is 3 times finer than a human hair and that will forever keep its shape. Less than a year after Omega launched their revolutionary Master Co-Axial antimagnetic technology, they introduced their new and improved calibres with the Master Chronometer designation from METAS into their men’s and women’s Co-Axial watches making the entire line of Omega Co-Axials the most reliable, precise and magnetic-resistant watches on earth and in outer-space. It's no wonder that they are the official timekeepers for the Olympic games which relies heavily on precision timekeeping. In terms of price low to high, Omega watches start at a list price of around $2,650 for an entry level 24mm stainless steel Omega Constellation watch and can go up to around $45,000 for a new solid 18kt white gold Omega Constellation watch with a diamond bezel.