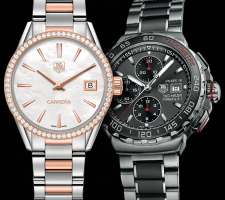 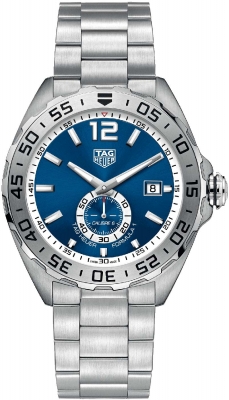 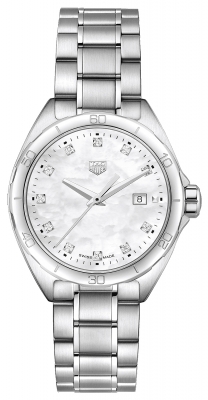 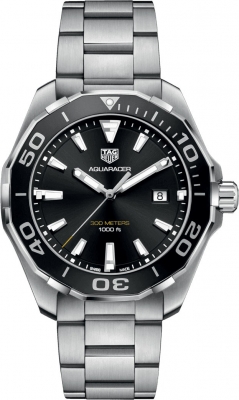 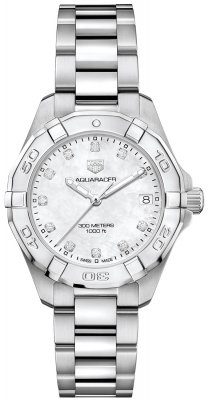 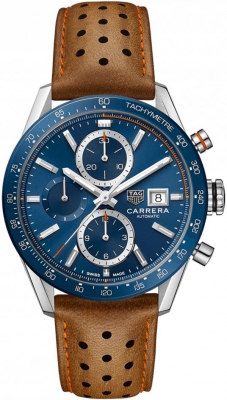 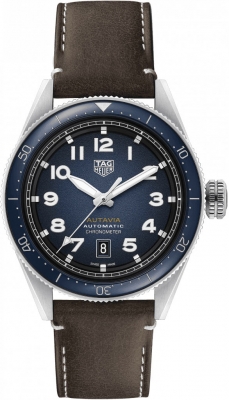 Tag Heuer watches began their climb to success in 1860 when Edouard Heuer sets up his first watchmaking shop in the Swiss Jura Mountains. In 1869 Heuer patented his first pocket watch, and in 1867 he established his first subsidiary in London. In 1883 Tag Heuer wins a silver medal at the International Exhibition held in Amsterdam. In 1888, Heuer's son, Jules-Edouard Heuer, joined the management, and the company is awarded a patent for a repeater watch with automatic chiming. In 1910 Tag Heuer enters the American market as Henri Freund and brothers take on the distribution of their products. In 1911 the company designed and patents its first dashboard chronograph.

Tag Heuer reveals its passion for motor racing and begins developing watches related explicitly to racing. In 1958 two dashboard stopwatches are launched for sports cars to pave the way for many of their popular men's Tag Heuer wristwatches and years later, the TAG ladies Formula 1 watch. In 1959, Jack Heuer established an American subsidiary for the company. In 1964, the Tag Heuer Carrera watch had its launch.

1969 brings with it the launch of the first Tag Heuer automatic chronograph watches. In 1985 the TAG watch group S.A. bought Heuer and then, in 1999, sold it to French luxury conglomerate LVMH. In the years to follow, TAG Heuer strengthens their reputation by winning awards with Formula 1 as well as other sports such as professional skiing using tag watches with quartz movements.

In 2001 the company introduced the Link Caliber 36, which achieves the beautiful balance of elegance in a sports chronograph and precision movement. In 2013 The new TAG Heuer Carrera MikroPendulumS was introduced, and TAG Heuer watches have become the official Timekeeper of the FIM Motocross World Championship.

2004 was the year when TAG Heuer introduced the series which is now known as the TAG Heuer Aquaracer. The nomenclature of their series were using numerals such as 1000, 1500, 2000, intervals and the first time the name ‘Aquaracer’ appeared it was on the TAG Heuer 2000 Aquaracer. This series soon became their go-to dive watch series.

In 2015, TAG Heuer unveiled the Carrera 01. Not long afterward the Carrera Heuer 01 became one of the next big things in racing watches. For the purists, it was a noticeably different look than the vintage models from the sixties and seventies with its new open worked dial.

In 2016, TAG Heuer releases what is arguably the most affordable Swiss-made tourbillon watch which also happens to have a chronograph complication. The 02T is a COSC certified chronometer and has excellent precision and accuracy. The addition of high-complication TAG Heuer watches caught the attention of many watchmakers in the industry. In turn, this pushed TAG Heuer into a new class of luxury watchmaking.

In 2018, the TAG Heuer Carrera Heuer 02 was released which boasted an 80-hour power reserve.

2019 TAG relaunches the TAG Heuer Autavia Calibre 5, a vintage inspired rally car and aviator style series that is free-spirited, adventurous, and masculine. The Autavia started as a dashboard counter for airplanes and cars in the 1930s but in the 1960s was reinvented as a wrist chronograph. Today, the Autavia has become a collection of exceptionally accurate mechanical wristwatches that come with a tool-free interchangeable wrist strap system, and a COSC certificate attesting to its Chronometer designation.

At PrestigeTime.com, we buy, sell, and trade TAG Heuer watches and have been in the business for over 20 years. Contact us about your next luxury watch and find out why we have become the most trusted name in luxury watches.